The WWE didn’t actually make movies then, they only made wrestling. That fact, combined with Vince’s trademark “I am a crazy man” delivery, prompted lots of chuckles at the screening but he had a point.

There are many parallels between professional wrestling and cinema. I’ve been wrestling for 15 horrendously painful years now and it continues to astound me when people who love the fiction of cinema are unable to reconcile that same love with the fiction of wrestling.

Inside a dream: Twin Peaks remains wonderful and strange

“It’s a dream. We live inside a dream.”
– Agent Philip Jeffries, Fire Walk With Me

I’m one of those guys who had Twin Peaks parties back in the 90s. We didn’t dress up as Agent Cooper or Audrey Horne, or carry logs around, or wrap ourselves in plastic, however many, many pies were consumed, along with massive amounts of coffee and donuts. Lots of donuts.

For someone like me, the new Twin Peaks: The Entire Mystery Blu-Ray box set is a dream come true. Every episode of the series, the original and international versions of the […]

Is vengeance ever justice? Is taking the law into one’s own hands for the apparent betterment of society ever acceptable? Can two wrongs ever make a right? These are among the philosophical questions asked in John Doe: Vigilante, the new Australian film by director Kelly Dolen. In the tradition of Michael Winner’s Death Wish, Neil Jordan’s The Brave One, and TVs Dexter, the film features a confessed vigilante killer who offs the crims who haunt our streets. In this film, the vigilante spends much of his time attempting to explain and justify his actions to authorities, […]

Jack Deth is BACK… (again): Trancers is still worth a look

You can’t find a review of Trancers that doesn’t write it off as an amalgam of Blade Runner and Terminator. And to whoever first made that comparison, thank you SO much for taking the broader view. Because nothing ever in the History of Things has ever taken inspiration from anything else. Just ask James Cameron.

Tim Thomerson is Jack Deth, a police detective from the 23rd century who goes back in time to 1985 when everyone under the age of 30 had a six-inch blue Mohawk and wore leather pants with a day-glo orange life preserver vest. Deth is […]

The Freaky Stuff: The Early Works of David Cronenberg

“Did you ever see that scene in Scanners where that dude’s head blew up?”

This month sees the release of David Cronenberg’s seminal Scanners on BluRay through Criterion. To celebrate, we’re looking at seven films from the director’s early career –- films that, when viewed back to back, showcase the development of one of cinema’s great visionaries

Canadian-born Cronenberg’s work is often inspired by the inner workings of the human body: its pleasure receptors, its tendency to mutate, and its ongoing war with infection. Cronenberg has been making movies since the 1960s. His films, while challenging, contain a strange, […]

ATTENTION: You cannot book your ticket via this or the Monster Fest site. To book tickets please go to http://www.pozible.com/project/172826

For those of you who don’t know (and why the hell not) Monster Fest is mere weeks away! The annual festival of all things genre hits Melbourne’s Cinema Nova, November 21st – 1st December.

The festival program is now available across Melbourne. Those among you familiar with the communications behemoth, a downloadable PDF can be found here!

The Monster Fest site lists everything you could possibly need to know about the eleven day event including:[…]

Cut from a different cloth: an interview with the invincible Jason Trost

If you watch enough films you get yourself, and your expectations, into a rut. You lock yourself into certain conventions. You develop ideas about what a film can and can’t do; what it should and shouldn’t be. For example: In a slasher movie the villain always needs to wear a mask. In a monster movie we shouldn’t see the creature too much. If it’s a buddy cop movie, by jingo they need to be an odd couple who learn to love each other.

Then, once every few years, a film comes along and turns ‘conventional logic’ on its head and […]

The Devourer of Movies: An Interview With Antonio Trashorras.

Antonio Trashorras (Madrid, 1969) is a self-confessed film buff. But he’s not just your garden variety film fan who obsessively watches movies; instead, he’s someone who devours them whole and is always hungry for more. What people in Spain call a cinéfago.

With influences ranging from genre filmmakers like Mario Bava and John Carpenter, to more elite auteurs such as Michelangelo Antonioni and Ingmar Bergman, Trashorras is a true movie lover. One who regards horror directors with the same reverence he has for higher-minded, artistic filmmakers. This has served him well in a career as a film critic […] 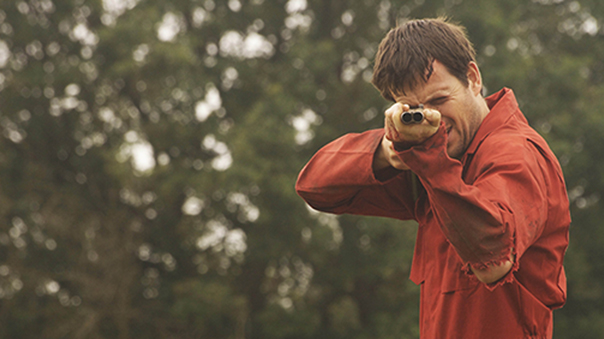 In the interview Marcey and Stephen discuss how the film was made, from the very early days […]