Cutting has never felt so good – Matt Kennedy on the new ‘Astron 6’ giallo, THE EDITOR!

Neil Foley from Monster Pictures climbed into a tiny cube at 8.30 in the morning to probe Matt Kennedy about THE EDITOR, Indiegogo, FATHER’S DAY and all things Astron 6.

Astron 6 have emerged in recent years as THE most exciting voice in how-low-can-you-go filmmaking on the planet. What Astron 6 can do with a few bucks is nothing short of amazing. Quite simply folks they get it, on every level they excel – brilliant writing, brilliant casting, performances, sound design, score, production design, marketing – you name it, Astron 6 nail it. 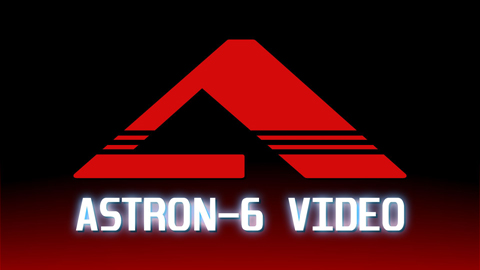 Monster Pictures jumped on board the Astron 6 bandwagon some time back with our release of MANBORG and then followed this up with the film that the Australian and New Zealand censors did not want you to see, FATHER’S DAY.

FATHER’S DAY caused a giant shit-storm of controversy when it was ripped from the lineup of Monster Fest back in October last year, Monster Pictures were forced to modify the film to get it past the censors – we did this begrudgingly, removing several seconds of soft focus skull fucking to appease the whims of the well intentioned thought Police – we resubmitted it and lo-and-behold it was BANNED AGAIN!

We were then forced to remove several more frames of cock sinew and a close up of plastic dick in a mouth before the Australian Government Classification Board finally declared the film fit for public consumption. It was tough going but the streets were safe once again – THANK FUCK FOR THAT!

However, the Kiwi Joy Police weren’t so affable and declared that no amount of cuts could save something so obscene, they eradicated the FATHER’S DAY menace by banning it outright! As we speak, internet fiends who have defied the ban, are being anally violated by ‘Jake the Muss’ type characters in jails across New Zealand – whilst this is kind of sexy it is also a painful reminder of the perils of messing with the rule of law!

Fast forward to 2013 and word is filtering through from the backwaters of Manitoba that Astron 6 are up to their old tricks once again, but this time it’s not 70’s grindhouse or 80’s VHS sci-fi that they’re violating, it that most beloved of genres, ‘giallo’ – made famous by the likes of Argento and Fulci.

For several months now Astron 6 have been hatching plans for THE EDITOR and now, to make it a reality, they’re turning to their fans for help to fund the film via Indiegogo. 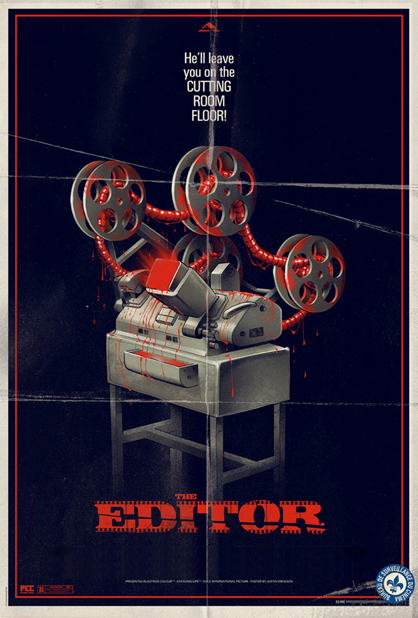 The absurdist ‘giallo’ inspired comedy THE EDITOR will soon be in production, get on board now by supporting Astron 6’s Indiegogo campaign.

So who then are these Astron 6 heathens? And why are they so hellbent on corrupting the minds of their co-commonwealth brethren? What have we done to them that is making them so angry and obscene? How is it that we share the same language (…well, for the most part) and the same Queen, yet we have such different attitudes toward skull fucking and biting off cocks?

Watch to the end my pretties, and remember who loves ya!

FOOTNOTE: Antipodean filmmakers should study each and every one of the Astron 6 films from the shorts to their features – if you are scratching your heads trying to figure out how to make GOOD films on MEASLY BUDGETS, then these are the guys to turn to. In fact Canadian filmmakers are really showing us up at the moment Monsterites – the likes of The Soska Sisters, Astron 6, Cody Calahan (Director of the upcoming Monster release ANTISOCIAL) and Richard Griffin (to name only a few) have made seriously good films on seriously low budgets and are leaving us in their wake –  get cracking my Southern Hemisphere pretties and show us what you’ve got!