Is vengeance ever justice? Is taking the law into one’s own hands for the apparent betterment of society ever acceptable? Can two wrongs ever make a right? These are among the philosophical questions asked in John Doe: Vigilante, the new Australian film by director Kelly Dolen. In the tradition of Michael Winner’s Death Wish, Neil Jordan’s The Brave One, and TVs Dexter, the film features a confessed vigilante killer who offs the crims who haunt our streets. In this film, the vigilante spends much of his time attempting to explain and justify his actions to authorities, newsmakers, and the public at large. As John Doe’s dialogue progresses, we begin to ask our own questions about morality, criminality, and true justice.

This is a challenging film, and while its specific persepctive is often quite clear, it resists directly answering the questions it poses. In the film, John Doe (Jamie Bamber) is mid-trial, recounting his vengeful deeds to TV personality, Ken Rutherford (Lachy Hulme). Rutherford acts as the voice of the audience, seeking rationale from John Doe about why he considers his actions warranted. This is very much a treatise on vigilantism, trial by media, and criminal celebrity. John Doe’s actions bring him unprecedented popularity, while further philosophical twists are explored as John Doe copycats begin to reign.

The film’s star, Jamie Bamber, visited Australia recently as a guest of the Supanova Pop Culture Expo. Known primarily for his role in Battlestar Galactica, the British-born Bamber plays Aussie John Doe with a calculated vigour that makes him equal parts agreeable and devastating.

This is a confronting film, that sets out to challenge our deeply held ideals regarding criminality and the justice system, media and celebrity, and, perhaps, what we might do if the hands of fate dealt us a harsh and violent blow at the hands of another. Would we take justice into our own hands? MONSTER spoke to Bamber during his festival downtime.

MONSTER: Tell us about John Doe, the vigilante!

JAMIE: He’s basically this hard-on serial killer who’s on trial. As the movie continues, his situation becomes more complex. He’s in a different part of society and the audience finds his motives aren’t so clear-cut. It’s quite personal, it’s about how the media creates heroes from villains when the reality is a complicated matter. People are so much more difficult to pin down [that first instincts might suggest].

MONSTER: You’re known for roles as a doctor (Monday Mornings) and a firefighter (The Smoke). Was it difficult, as an actor, to play a character like this one?

JAMIE: John Doe was like going into really dark, extreme places. For me, he was a very damaged human being. What he does cannot be condoned at all, so for me it was quite a deviant thing. But the media loves getting involved in that. The media loves nothing more than to get into people’s reactions, so this film explores media and the justice system contrasting against each other. Whatever opinion you hold about how we deal with abominations in our society, hopefully you’ll consider the other peoples’ point of view while watching this film. It won’t change your mind necessarily, but you will certainly come to understand why people react in a certain situation. 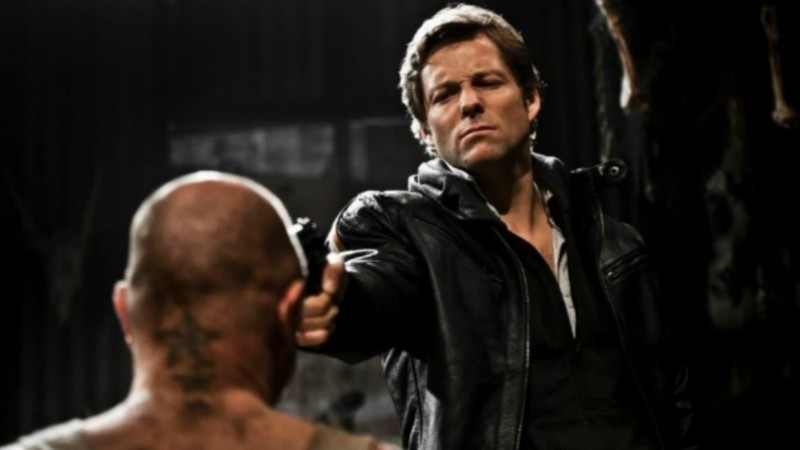 MONSTER: The film has gone through a bit of controversy, how do you feel about that sort of reaction?

JAMIE: I had that reaction when I saw the script. It was why I wanted to get involved in it. The material is dangerous and I wanted at least to bring a responsibility to it. I wanted this film to be complex enough at times to make the audience think. I’ve watched this film with other people and there is this reaction, there is a certain bloodlust that it brings out of the audience. But then it very quickly makes you think about the reaction you just had. It’s not for everybody and it is a controversial experience to sit through.

MONSTER: In the film, you have an Australian accent, and it’s pretty good. How did you go about perfecting that?

JAMIE: I love working with accents, I love trying to get them right. Although it was a huge challenge, I loved doing it.

MONSTER: What was it like working with the Australian actors?

JAMIE: It was wonderful! I enjoyed my time with all of the other actors like Lachy Hulme. I thought they were all sensational. There are some truly heart-wrenching performances in there. In a film like this, it’s so difficult to reach that level of intensity in every take because a set is a hard environment to keep focus in. To work with an Australian crew; it was great.

(The author wishes to thank Supanova Expo and Lionel Midford for setting up this interview.)

John Doe is screening in Cinemas nationally this October 16th. DVD released on 22th of October