GRIM PICKINGS this week includes key dates to dismember with the theatrical release of what has fast become the most anticipated horror film of 2016 to the home entertainment release of some quality DTV fodder.

Thursday September 15th
BLAIR WITCH
After a misfire in the franchise with 2000’s BOOK OF SHADOWS: BLAIR WITCH 2 and coming seventeen years after the original, BLAIR WITCH is being touted as the sequel fans have been dying for and from Thursday you’ll be able to decide for yourself. It’s been 20 years since James’s sister and her two friends vanished into the Black Hills Forest in Maryland while researching the legend of the Blair Witch, leaving a trail of theories and suspicions in their wake. James (James Allen McCune of TV’s SHAMELESS) and his friends Peter (WRECK-IT RALPH’S Brandon Scott), Ashley (Corbin Reid of TV’s DISNEY STAR DARLINGS) and film student Lisa (Callie Hernandez of upcoming LA LA LAND and Ridley Scott’s upcoming ALIEN: COVENANT) venture into the same woods each with a camera to uncover the mysteries surrounding their disappearance. At first the group is hopeful, especially when a pair of locals Lane (Wes Robinson of TV’s STATE OF AFFAIRS) and Talia (Valorie Curry of TV’s THE FOLLOWING) offer to act as guides through the dark and winding woods. But as the endless night wears on, the group is visited by a menacing presence. Slowly, they begin to realize the legend is all too real and more sinister than they could have imagined.

PETE’S DRAGON
Surprisingly more emotional and heartfelt than the recent slew of studio and indie dramas, Disney’s latest reimagining of their classic, PETE’S DRAGON proves to be their best yet and no doubt will satisfy even the coldest hearted cinephiles out there. The adventure of an orphaned boy named Pete and his best friend Elliott, who just so happens to be a dragon.

Wednesday September 14th
DEAD RISING
Earning its <R> classification for high impact horror violence, blood and gore, DEAD RISING: ENDGAME sounds like something we need to see pronto and thankfully it’s out locally Wednesday on DVD & Blu-ray. Investigative Reporter Chase Carter returns to the zombie-infested Quarantined Zone of East Mission City in an attempt to expose a secret Government conspiracy which, though seemingly aimed at ending the country’s zombie epidemic, will also kill millions of innocent civilians. Based on the global hit video game franchise, and with Jesse Metcalfe and Dennis Haysbert reprising their roles, don’t miss the thrilling, action-packed sequel to Dead Rising: Watchtower. 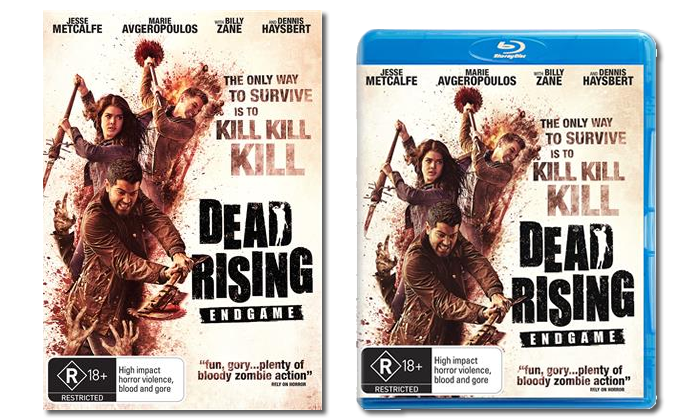 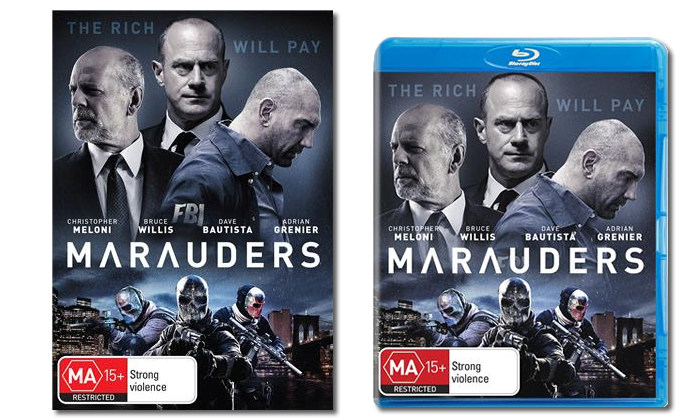 THE SWEENEY PARIS
Proof that the yanks aren’t the only ones found of remakes, THE SWEENEY PARIS is a French film remake of the popular British 70s’ television program, which has already undergone a British film remake in 2012. Jean Reno stars as Buren, an old time cop who runs a squad In the Paris underworld and doesn’t play by the rules. When a heist turns into murder, Buren follows his guts and raids the house of Kasper, a former convict. 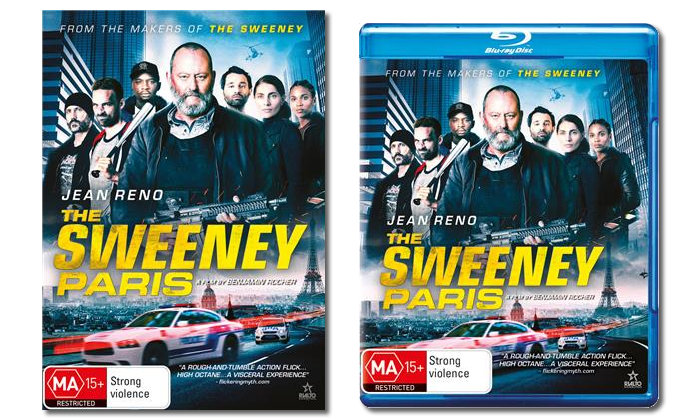 TEENAGE MUTANT NINJA TURTLES: OUT OF THE SHADOWS
The heroes in a half-shell return for another blockbuster outing that witnesses the first live-action screen appearances of several treasured characters from the original comics. Michelangelo, Donatello, Leonardo, and Raphael return to the screen to battle bigger, badder villains, alongside April O’Neil (Megan Fox), Vern Fenwick (Will Arnett), and a newcomer: the hockey-masked vigilante Casey Jones (Stephen Amell). After supervillain Shredder escapes custody, he joins forces with mad scientist Baxter Stockman (Tyler Perry) and two dimwitted henchmen, Bebop (Gary Anthony Williams) and Rocksteady (Stephen “Sheamus” Farrelly), to unleash a diabolical plan to take over the world. As the Turtles prepare to take on Shredder and his new crew, they find themselves facing an even greater evil with similar intentions: the notorious Krang. 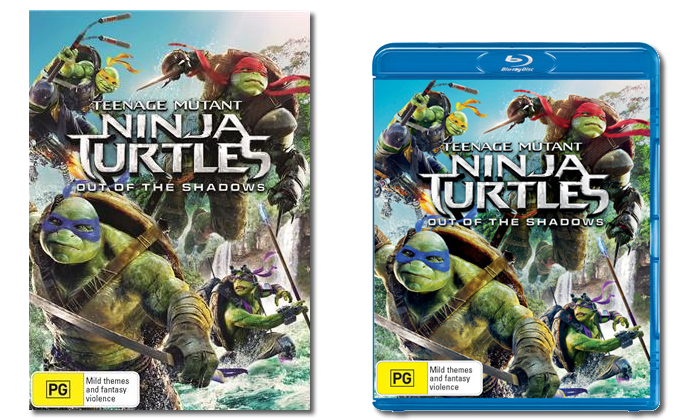