To celebrate the fact that Maniac will be stalking its way to your DVD shelve on Wednesday the 16th of October, we’ve got Alicia Lewis to revisit this amazing film.

Maniac is a compelling, exhilarating, and psychologically chilling cinematic experience. Usurping the typical relation of empathy between viewer/victim in the horror genre, Maniac is comprised of point of view shots that confine us to the thoughts, and deeds, of a psychotic killer by the name of Frank. We are Frank’s eyes, and ears; we embody the characteristics of a hunter, stalking his prey. This is an oddity, for it is the association between the victim and viewer that builds the suspense and fear that is typical of the horror genre. Maniac is revolutionary, a demonstration that suspense can emanate from the mind of a predator. As a remake of Maniac from 1980, the director, Khalfoun, felt that it was “important to have a fresh take”, a daring move to “tell the story entirely from the killer’s point of view.”

And, yes, it is true. Frank does not lurk in the darkness like a typical serial killer would. We are all too aware of his thoughts, his memories and apparitions, his developing feelings for artist Anna, and the blood and sores on his hands after killing and scalping another prized victim. For, in this regard, Maniac forces us to be Frank. We are the owner of a mannequin shop in Downtown LA, the pale and seemingly shy man with a tendency to stab and asphyxiate women, to tear away and staple their hair on mannequins that infiltrate his bedroom, a room smothered by flies, where the blank faces of mannequins are invaded by streaks of blood that ooze from the mess of their detached scalps. And then there are snippets of beautiful floral wallpaper that merge with these haunting images. Khalfoun describes Frank’s place as “absolutely gorgeous while at the same time being a house of torture.” The contrast aids in almost authenticating Frank’s existence in a city that can be seen as both dilapidated and fresh. 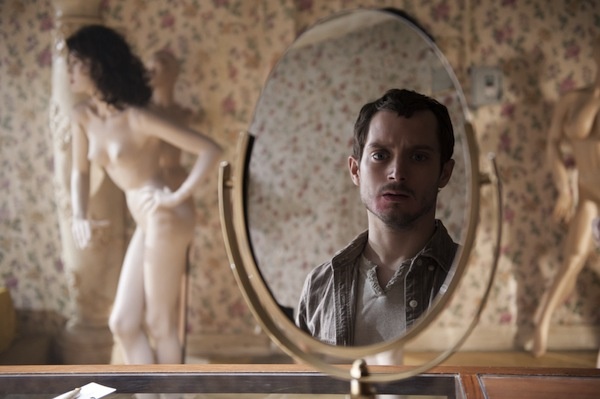 Downtown L.A, a city of contrasts, is such a huge space that it is easy for Frank to be an invisible huntsman, only choosing to expose himself when ready to give chase. Whether the space is grimy and old, or flashy and new, the women of Downtown L.A. walk the streets like a catwalk, the expression in their bodies as stark a contrast to the perfectly poised mannequins in the window of Frank’s shop, in Anna’s art exhibition, or even those in crude positions in our killer’s bedroom. In this, the feel of Maniac is absolutely riveting, surpassing many of the expectations for a typical slasher film. The camerawork is as superb as it is shocking, and flawless in its amalgamation with the character. While Maniac contains plenty of extreme, and gory elements, it also prompts thought and curiosity; we wonder how to best approach the mind of a serial killer, and even how to deal with being one. As Elijah Wood says, “What we’re driven to do is take part in the killings, and that is uncomfortable and disturbing.” We are not victims, we are the perpetrators of suffering, and it is extremely unnerving, challenging. 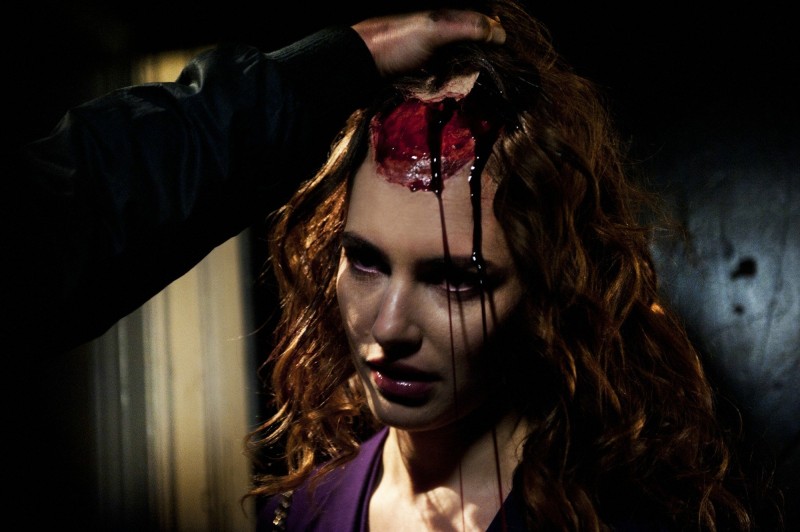 Actually, the use of the camera, with its killer point of view shots has raised a hell of a controversy in New Zealand. Ant Timpson, the programmer of the New Zealand International Film Festival, said that Maniac has been deemed as “injurious to the public good” by the Office of Film and Literature Classification (OFLC), resulting in a ban for a wider release of the film. This is mostly attributed to its POV shots. While controversial, these shots are a progressive, and worthwhile, step for the horror genre. Instead of the killer being an all out monster, a straightforward bad guy, Wood’s character is quite complicated. Crazy, certainly, but Frank still encourages some form of empathy. Only this time round we are most likely to feel it for the killer, rather than for the victim. Alexandre Aja, producer and one half of the screenplay writer notes:

“When you look at actual serial killers, you realize that they sometimes look like you and me and you’d rather they were monstrous instead of being human, because then it means that you could be a serial killer as well! That’s where the empathy comes from.” 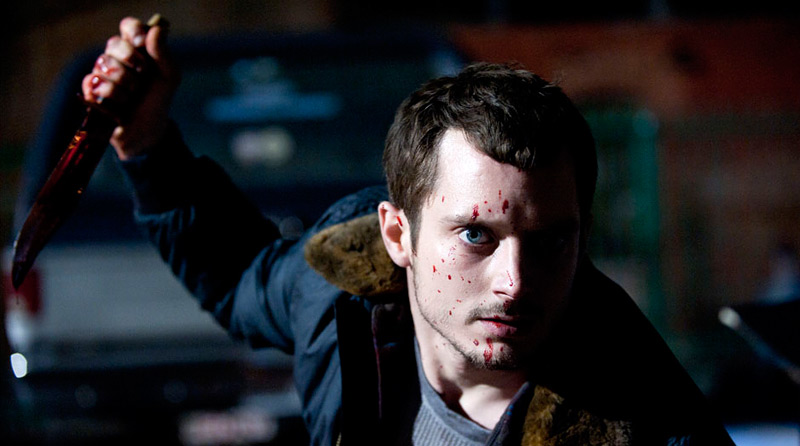 Actually, the most unsettling part of Maniac is that there is an element of realism, particularly through the use of camera and characterization. While the film may be a little bit disturbing, it is more than worth any residual trauma! Maniac is noteworthy for its boldness, and it is refreshing to see some risk taking in what could have easily been just another slasher flick. Definitely watch out for this one, horrorfiends! A most spectacular riot!