‘The Horror Scene I want screened at my Funeral’

To celebrate the coming of Melbourne’s premiere horror film festival, Monster Fest and The Melbourne Horror society are
running a competition where we are asking you to perform and shoot your favorite scene from a horror film –
‘The horror scene that you’d want screened at your funeral’!

We’re not looking for masterpieces either, just shoot something on your smart phone and send it in – of course you’re welcome to shoot it on 70mm widescreen if you like but the main this is JUST SHOOT SOMETHING!!

And the Prizes! Oh the Prizes… We’re talking over $1500 worth of Prizes!

The conditions of entry are…

The clip must be shot on a smart phone with title at the start and a credit roll naming the person
submitting the entry at the end.

Films must be no more than 1 minute in length.

Entries must be sent by email to melbournehorror@gmail.com OR info@monsterpictures.com no
later than midnight the 28th of October.

Entries will be posted on the Monster Pictures Australia facebook page as soon as possible after they are received and
at midnight the 28th of October the post with the most likes will be deemed the winner.

AND HERE’S THE BEST BIT – THE WINNING ENTRY RECEIVES…

Anyone can enter but all Monster Fest screenings are 18+, so if you win and you’re under 18 you’ll have to give your
ticket to someone 18 or over. 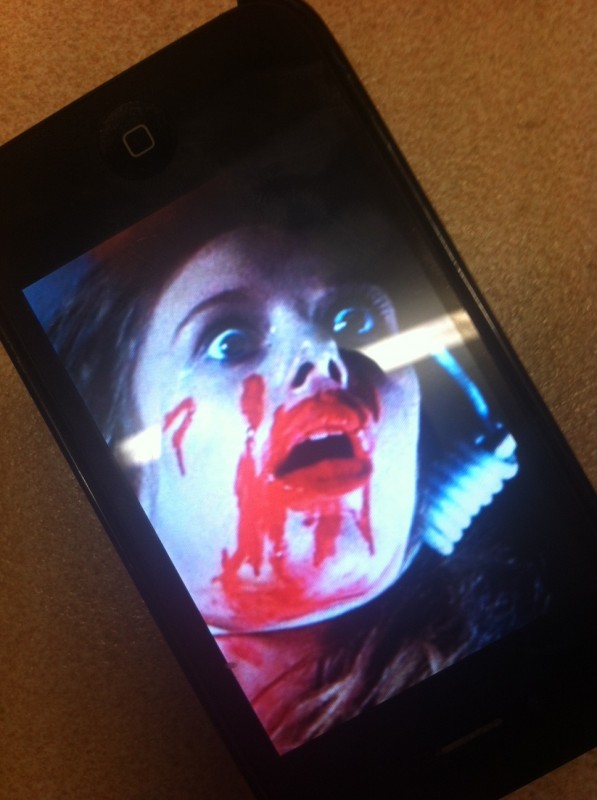 Shoot it on your phone – shoot it on anything – just shoot it!