The Pimp is Back: An Interview with Horror Icon, Bobby Rhodes

Bobby Rhodes is no stranger to the world of horror. He’s been kicking demonic arse since 1985, when, in the roles of Tony and Hank, he stole the show in Lamberto Bava’s Italian horror classics, Demons and Demons 2. Both films solidified Rhodes as a true Horror Icon.

With his career beginning in the 1960s, Bobby has worked in almost every genre imaginable, from action to science-fiction to comedy, and even medieval drama. This year, Bobby returns to his most beloved genre in the psychological horror film, 6Dana66Godina.

6Dana66Godina (6Days66Years) tells the tale of Sasha Milosevic, an LA businessman who, upon receiving an inheritance from his grandfather, begrudgingly returns to his homeland of Serbia. Deep in the Serbian woods, Sasha finds a derelict house that he quickly envisions has potential as a holiday resort. This house, and the surrounding woods, lead Sasha into a twisted tale of satanic ritual, evil forces, and Nazi massacres.

Already drawing attention from key horror producers, Bobby and the 6Dana66Godina production team (Mew Productions and Contrast Studios) are looking to make a teaser trailer to seal the deal and get the film to the masses. The crew is crowd funding the teaser through Indiegogo and they have some pretty unique incentives. You can donate to their campaign https://www.indiegogo.com/projects/6dana66godina-teaser/x/177131.

Bobby spoke to Monster about haunted locations, horror movies that make him jump, and the final chapter of the Demons saga.

MONSTER: Throughout your career, you’ve worked across so many different genres. Are you looking forward to returning to horror?

BOBBY: Horror has always been my favorite, really. What I like about the new wave of horror is that they give their characters a lot more depth. There are so many sides to each character that it’s definitely a challenge for the actors. 6dana66Godina is actually a psychological thriller with horror encapsulated in it. Actually, to this purpose, Alex asked Michael S. Rodriguez from Texas to co-write the bloody scenes. And Michael gave his very best to make them as crude as he possibly could. But Alex’s skill was to make them absolutely justified within the context, without exaggerating nor glorify them. After all the film talks about the repetition of Nazi massacres.

MONSTER: How closely have you been working with director Alex Madia Levi and the rest of the crew to get 6Dana66Godina happening?

BOBBY: Thanks for bringing this up as it’s a project very close to my heart! When Alex sent me the script I read it in one go. It was impossible to put it down — even for a glass of wine! It’s one of those stories that hold you tight to the very end, with clever twists and neverending pathos. In a way I wasn’t sure if I was biased by the fact that Alex and I have been friends for a while, but then I heard the comments from everyone that had read the script and it seemed clear that we were onto a winning story. Recently, we had a very important meeting with the major studios in Serbia and I’ve heard first-hand their comments: they couldn’t believe their own eyes either. Milorad Kapor had sent them the script and they immediately fell in love with the story. We’re currently running a campaign on Indiegogo as we need to make a teaser: a bunch of very influential producers have shown real interest although they’ve asked for a teaser in order to understand exactly what the film is going to look like. 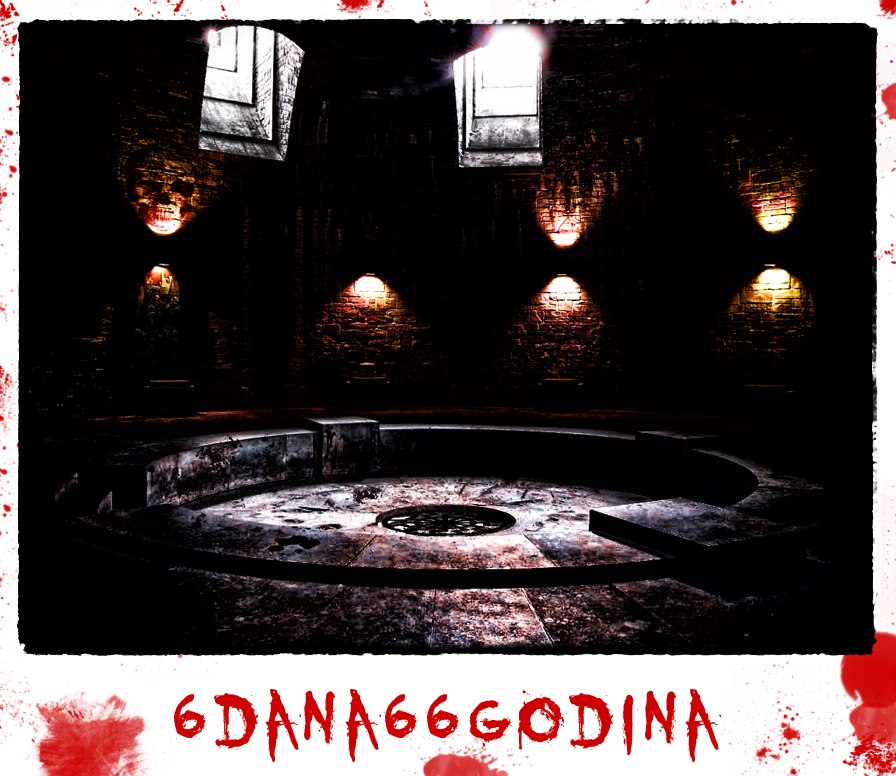 MONSTER: You worked with Alex Madia Levi, reprising your infamous Demons character in the 2011 web-series, Tony the Pimp. How was that experience?

BOBBY: Ah! That was fun! Alex, Gerry Nappo (the web series co-writer and integral part of the team) and I went to the USA for a tour of Horror Conventions and these two mad men decided to shoot on the road, but with a twist: they published some sort of competition on the web where they asked my fans who wanted to either work along with us or appear in one of the episodes. It was such a success we had to turn so many good ideas down as we had very limited time. In the end, we picked the best ones and we had a real blast!

In every city we had some collaboration and, believe me, there’s some great raw talent out there! To my big surprise, the web-series, which started as a weird experiment and just a bit of fun, was watched by so many people I couldn’t believe it. Even Empire magazine mentioned it. Even Sergio Stivaletti (make-up and special effects from Demons) sent us a lovely message congratulating us on what we produced. Something good, we must have done!

MONSTER: The locations being used in 6Dana66Godina look absolutely incredible and integral to the story. Was the script developed with these locations already in mind?

BOBBY: Something weird has happened, let me tell you. Alex came to Serbia a couple of years ago to my son’s wedding and he visited a few places. He started asking people about urban legends and popular tales. I could see his little brain working non-stop like mad! And no, he had never seen the locations before, but believe me when you read the script it’s as if he had already been there.

Contrast Studios went out scouting locations, and when Alex received the email with the pictures he couldn’t believe his own eyes. It really was something special. But then something even more special happened: After we shot our Indiegogo campaign video there, we found out that the castle had been detained by the Nazis and adopted as their Serbian headquarters. Useless to mention that we now know for sure the castle is haunted.

MONSTER: Rumour has it that Alex Madia Levi has been working on the final chapter of Demons. Will Tony the Pimp be making another come back?

BOBBY: Alex is a very prolific writer and director. We worked together on a short thriller a couple of years ago, and then he wrote 6Dana66Godina, and that made him one of the best writers in my own eyes. In fact, I really think we’re going to have a very long working relationship as he’s also finishing another movie, The Essence of Evil. For those who have watched Demons — well, I can’t say much but it’s going be a great surprise! It will be the third and final installment to the Demons saga, the missing child to say so. And beware: Tony is back…

BOBBY: My all time favorite is The Exorcist. I still think of it as a film that makes me jump! There’s a lot of other films really that I love, but more than other characters I have seen on the screen already I can tell you that I have a series of characters I’d like to play: above all a priest, a homeless guy, and a spy. 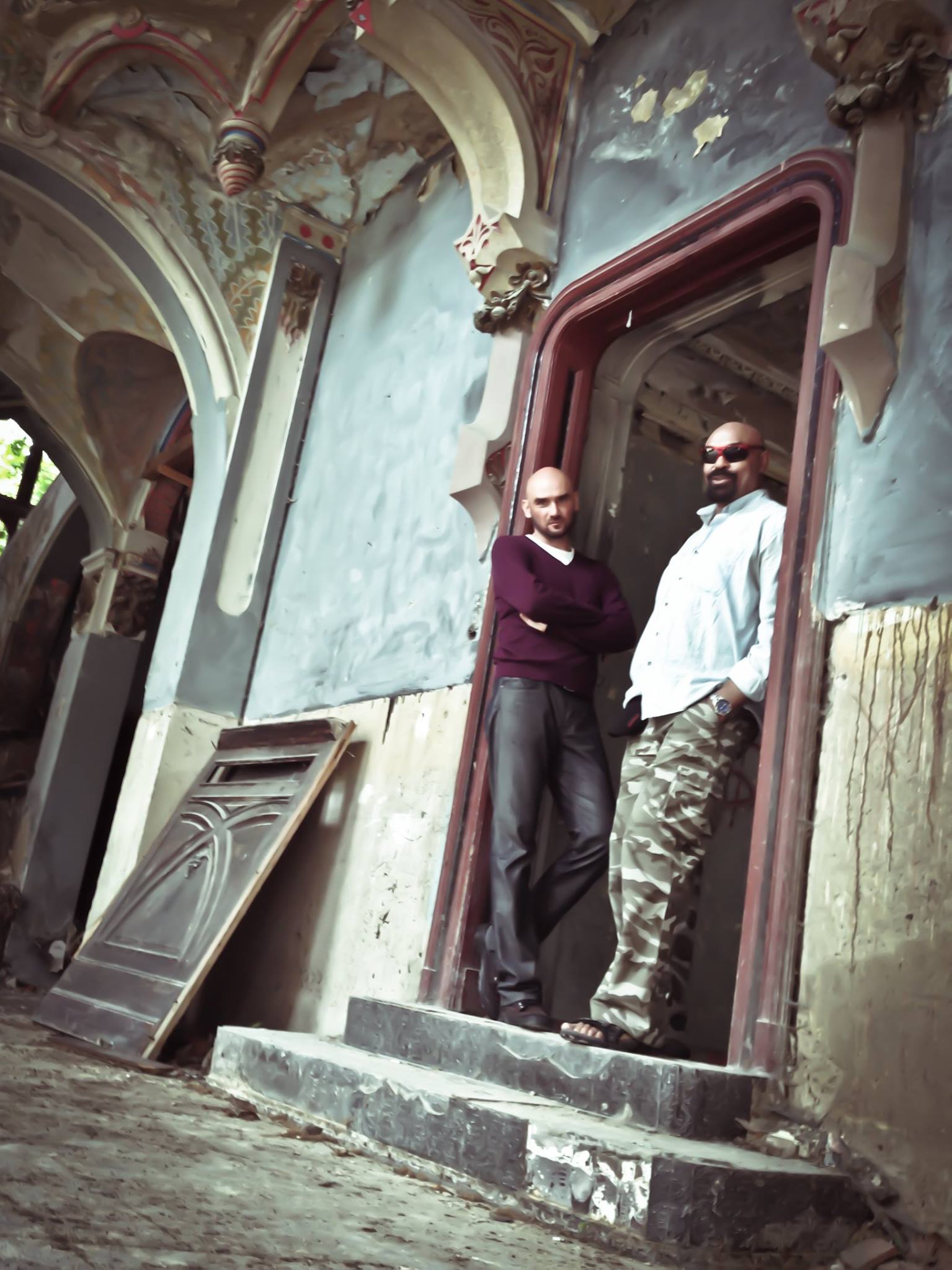 With 6Dana66Godina, Alex gave me a real present. He wrote the character of Sava with me in mind. Sava is an ex-Yugoslavian secret service member, by now left to his own devices, living on top of a hill, wandering in the woods with a rifle on his shoulder, ‘shooting at everyone and everything moving within 500 yards’… What more could I ask?