Heart of Lightness, Melbourne Underground Film Festival, Pearls Before Swine, Richard Wolstencroft, The Act of Killing, The Beautiful and the Damned, The Second Coming

Who the MUFF is Richard Wolstencroft?

When asked to describe himself, Richard Wolstencroft gives the answer you’d expect, “Hugely passionate about film in this country (Australia) and internationally”. “Complex” is his answer when we consider his relationships to the outside world!

“Pearls Before Swine wasn’t particularly violent or sadistic. It didn’t adhere to MIFFs particular criteria – it wasn’t government funded either.” 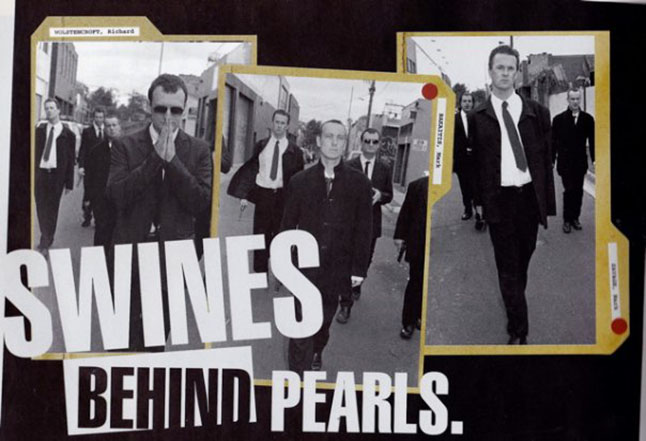 Wolstencroft wrote a letter of complaint to the festival which was subsequently backed by other emerging film-makers, frustrated with Melbourne’s specific outlook on locally-made film. These same supporters of Wolstencrofts angered letter would later screen their works at MUFF – first established in 2000. James Wan, the Spierig brothers and Greg McLean would all screen their early genre works at MUFF – under Wolstencroft’s encouraging eye!

Regarded as somewhat anti-establishment, Richard freely admits to being “both repelled and attracted to figures of authority!” Citing Nietzsche and, particularly, Heidegger as early intellectual influences “I visited his birth-place in Messkirch, Germany.” Wolstencroft’s passion has taken him around the world and led him to experience all manner of different things. Heart of Lightness saw him follow director, Ebony Butler, to Uganda where he documented the making of her own film.

“Ebony was this white woman intent on helping these children who had been used as soldiers in the Ugandan war effort – it was fascinating to me. The threat of violence wasn’t so bad where we were – we had people protecting us of course. I got friendly with one guy – kept buying him meals. He told me one day, ‘Best stay in today Richard.’ Make no mistake, the whole of Africa is run by Mafia-types!”

“I was twenty-one”. Wolstencroft’s first feature, Bloodlust, was a debaucherous, vampiric journey through the underbelly of Melbourne. Along with co-director Jon Hewitt, Wolstencroft made an unadulterated, Ozploitation flick in the tradition of Turkey Shoot and Long Weekend.

“Kubrick and Polanski – their early work was interesting, but it’s clear they were still learning. No one is exemplary at that age. 1,000 hours – that’s what it takes, right?!”

Throughout his career Wolstencroft has explored human behaviour in all its forms. He has courted controversy with many projects. Yet each one has been carefully crafted – adopting ideas and concepts from the likes of such luminaries as F. Scott Fitzgerald (The Beautiful and the Damned) and William Butler Yeats (The Second Coming).

Much of the controversy at MUFF comes from other directors however.

“We screened A Serbian Film last year – some of that was incredibly hard to watch, but no one was hurt (in real life). So long as the making of a film pertains to the law of whichever country it was made.”

Wolstencroft spoke about current festival favourite (outside of his own), The Act of Killing, which challenges former death-squad leaders to re-enact their real-life mass-killings.

“Some of the people encouraged to act-out former genocide look to be under incredible duress. If this film was made about the Jewish genocide, it wouldn’t have played.”

Wolstencroft is understandably frustrated with the ongoing regulation of film, “Never underestimate human stupidity!” Rather than argue his way through life, Wolstencroft continues to push his projects beyond the formulaic. The Yeats-inspired, Second Coming sees Wolstencroft tackle seven stories as director.

“This one’s more avant garde, more experimental – we have more locations in this than Bond!”

Richard Wolstencroft is a creative and inquisitive individual. He regards cinema today as, “Cinema 2.0” and feels that we’re at a turning point today not unlike 100 years ago. Irrespective of how, “complex” life gets, that kind of enthusiasm is downright infectious!

MUFF goes from the 6th to the 14th of September. Click on the picture below to go to the Muff website. Tickets are sold at the door.

Make sure you check our titles this year at MUFF.