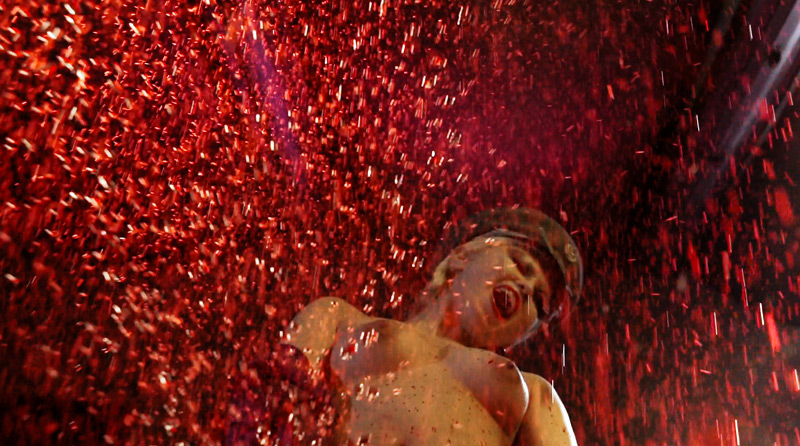 There ain’t no do-re-mi in this ABC — this one will slice and dice you in twenty-six unspeakable ways. Twenty-six of the hottest horror directors on the planet take a letter in the alphabet and use it as the inspiration for a twisted tale of death! Direct from the Toronto International Film Festival, THE ABCs is pure Halloween insanity for the sick at heart – an alphabet soup with unmentionable and unexplainable gristly bits! B is for Bring It On!

This picture represents the coming together of two of the most prominent cult film enthusiasts on the planet, Kiwi, Ant Timpson, producer, festival director and all round film raconteur and Tim League, proprietor of the Alamo Draft House cinema and festival director of one of the largest and most important genre festivals in the world right now, Fantastic Fest in Austin, Texas. This was a cool idea from the get go and I can tell you this – the result is even cooler! Gritty, nasty, sexy, colourful, scary, funny – a veritable smorgasbord of depravity – all the big names are here Ben Wheatley, Xavier Gens, Ti West, Yoshihiro Nishimura, Jason Eisener, Noburu Iguchi, Jake West  – the list goes on. THE ABCs OF DEATH is ultimate Halloween film. Dress up in costume to win mega door prizes – SEE YOU THERE!