Yo Freakers! And welcome to the electronic version of Fatal Visions coming to you live from the bowels of the House of Monster. More specifically, the second sub-basement of the Monster Mansion, that’s the level with the floorboards that in some places appear to be loose and surrounded by fresh soil samples. It seems that after a particularly wild meeting for the Fantastic Asian Film Festival a couple of years ago I woke up to discover I’d been locked in and now they’re only letting me out to visit film sets and film festivals of which you’ll hear about here on a regular basis, or at least as regularly as the intermittent internet connection down here allows. This dank place is maybe where the bodies are buried (it sure smells like it) and of which we’re sure to learn more in the near future but it also houses the Monster Library and several decades of discarded tape and disc items which are also going to supply material to entertain us. 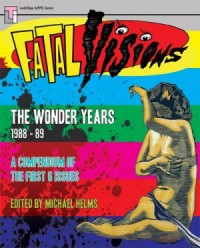 Fatal Visions was a fine product of dead tree technology that existed from 1988 to 1998 doggedly and critically documenting horror and the trashfilm scene in Melbourne during this period. A compendium of the first six issues was launched at last year’s Monsterfest. It’s now available here: http://www.polyester.com.au/?page=shop/index, here: http://www.minotaur.com.au/site.asp & here: http://www.amazon.com/
With this digital version you’re going to get more of the same with an emphasis on new Australian product or at least horror films made in Australia along with interviews and print reviews. And here’s a taster of things to come: 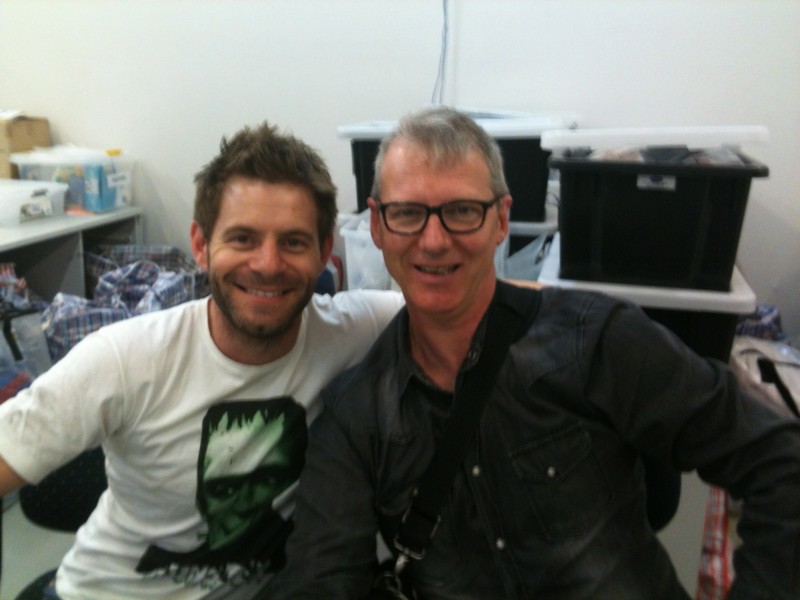 Larry Van Duynhoven & Michael Helms on the set of PATRICK

In 2013 genre filmmaking hit the ground madly sprinting that might even allow us to exceed the bumper year of 2007 in terms of genre features being made in Australia. Mark Hartley’s new version of PATRICK was shot late last year and has been consequently been locked into post ever since as it now hurtles towards its world premiere at this year’s MIFF. The first film to shoot this year though was FORESHADOW over in Perth where the streets are lined with prosperity and genre filmmaking is being actively encouraged. FORESHADOW is directed by Carmelo Musca who co-directed ZOMBIE BRIGADE almost 30 years ago! Also now in post expect to hear more about SORORAL a giallo-style thriller that was lensed in Western Australia by the team that produced the superb home invasion flick NO THROUGH ROAD some five years ago. Another film caught in an extended post is Ursula Dabrowsky’s INNER DEMON an entirely killer upgrade from her completely engaging no-budget wonder FAMILY DEMONS. Shot in South Australia you can take it from me that INNER DEMON is excessively creepy with a mesmerising young lead who I had to wait for to get home from school one day to interview. Hopefully we can reasonably expect to see a premiere of INNER DEMON at this year’s Monsterfest. Of course, the big film made in South Australia this year has been WOLF CREEK 2. A long time coming this highly anticipated sequel (and when have you ever been able to say that about any Australian film much less an Australian horror film ever? BODY MELT? TURKEY SHOOT? BIGGER THAN TINA?BEYOND THUNDERDOME?) is totally bigger, badder and much uglier than the first spending a lot more time getting to know Mick Taylor, self-described pig-shooter and outback legend and excessively laying on the make-up assisted violence. Even if WOLF CREEK 2 doesn’t make it to Monsterfest you can learn much more about Mick when Penguin releases not one but two books devoted to WOLF CREEK later in the year, one of which was co-authored by filmmaker, horror film enthusiast and man who knows more than a little about his subject, Greg McLean. 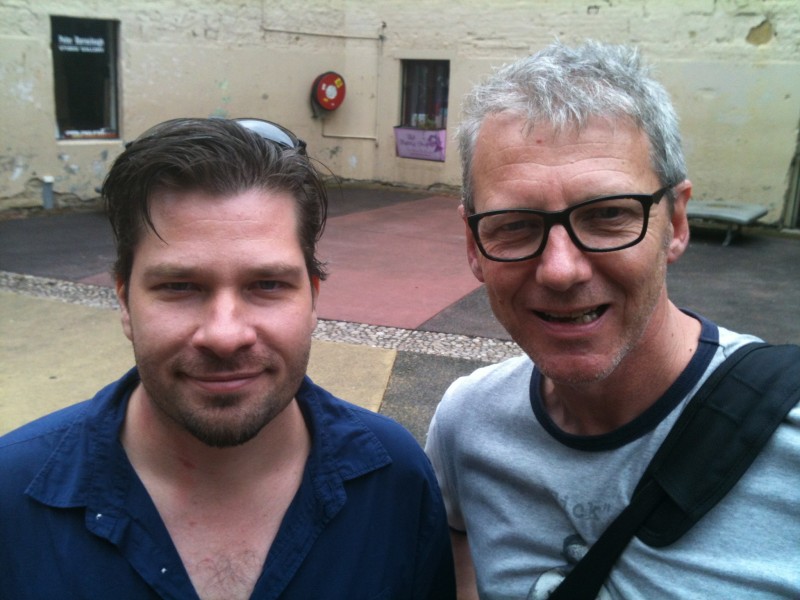 Meanwhile, in Melbourne the brothers Spierig have reconvened with FX master Steve Boyle and DAYBREAKERS star Ethan Hawke for PREDESTINATION. The brothers join a massively impressive array of filmmakers who have now attempted to cinematically interpret the texts of one of the true modern visionary’s of science fiction Phillip K. Dick. Beyond that there’s action packed zombie flick WYRMWOOD, roller derby death in MURDERDROME, Stuart (DEMONSAMONGUS) Simpson’s CHOCOLATE, VANILLA, STRAWBERRY and much, much freakin’ more.
Be back here soon…