A Foreshadow of the Freakin’ Future

Yo Freakers! And here we are again and I’m still stuck in the Monster basement. At least I’ve uncovered some physical sustenance in the form of a box of Zombie Chews. This is typically tasty and totally nutritious Monster food. It’s perfect for helping eyeball Monster product and let me tell you the above flavour has nothing to do with any of the verbiage that may adorn other parts of this page. Liquid refreshment has been uncovered too in the form of Mr Jekyll Absinthe that perfectly compliments the Zombie Chews. The wonders of the alcohol-like substance Wormwood should be encountered on a daily basis. You’ll see what I mean, literally.

Let’s hope the fiercely independent film with the differently spelt title of WYRMWOOD can produce an equally pleasing effect. Check out their seven minute teaser here and be surprised by something that in this world of high density living dead films appears to be able to look like THE WALKING DEAD & MAD MAX and be Australian and hilarious: http://www.youtube.com/watch?v=yFrGrH5zfbg

Last time out I mentioned FORESHADOW which was shooting in Perth but is now in post-production. What follows is a two-minute excerpt from an interview I conducted with director Carmelo Musca while he was actually filming FORESHADOW. Good effort Carmelo who had to be dragged back to set 20 minutes later and may very well be dragged away by others upon completion of FORESHADOW. But how could it lose with an actress by the name of Clara Helms (no relation) in the cast? 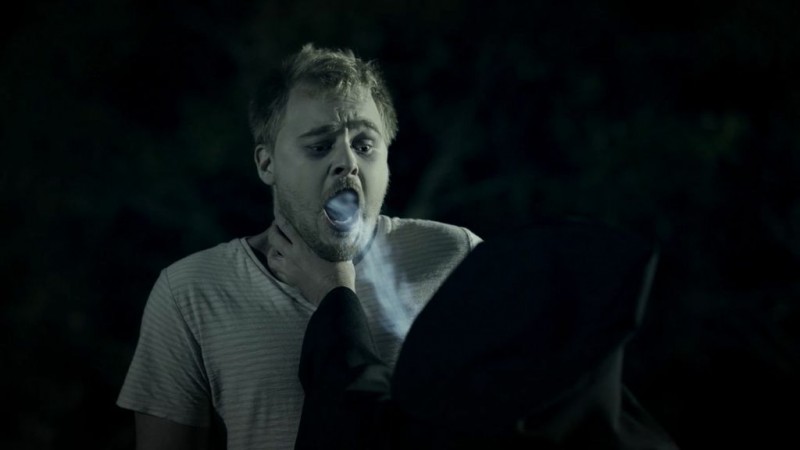 Michael Helms: What sort of film is FORESHADOW?
Carmelo Musca: FORESHADOW is a suspense thriller with a touch of horror. It’s done in the classic style. It’s not a slasher. It’ll be an M-classification. We’re going for suspense in the Hitchcock way rather than relying heavily on CGI. There is quite a bit of CGI in it but it’s not blood and guts.
MH: Can you talk about the supernatural element to FORESHADOW?
CM: The supernatural elements of the story are that Father Bernard has been chasing this demon for some time and he’s come to Australia from Hungary because the descendant of one of the families involved is Hungarian but is very Australian now. He did change his name at a much younger age. FORESHADOW is very much set in Australian landscape which gives it another dimension. Our demonic figure has come to Australia from Europe but the rules of the genre in a European setting remain which makes it fairly original.
MH: Do we get to see this demon?
CM: We do. We see him several times throughout the movie but there’s a general misconception created around the hooded figure that could be Father Bernard who’s actually fighting the evil spirit but the demon possesses different people and has the ability to appear in other forms. So he can actually be the friend of our main protagonist without him knowing. 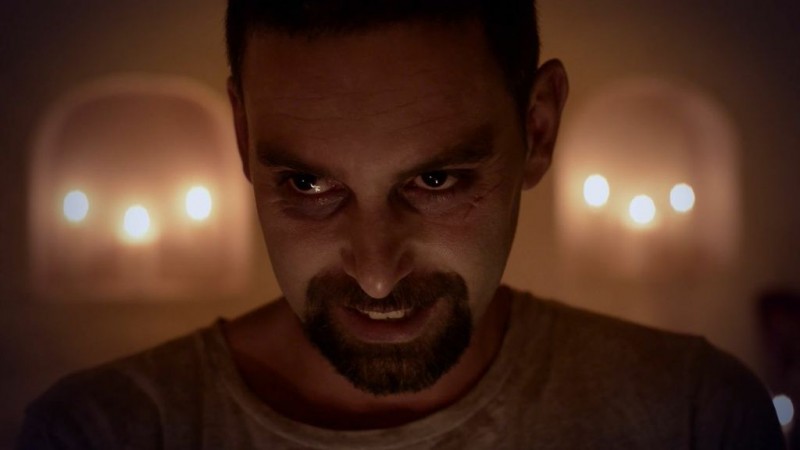 Since filming finished on FORESHADOW another genre flick has started up in Perth being THE RECKONING, a serial killer thriller from John (NEEDLE) Soto. Taking a leaf out of the casting from Jon Hewitt’s X, THE RECKONING has both Viva Bianca & Hannah Mangan Lawrence in the cast. Hannah, incidentally, is the niece of former Fatal Visions reviewer Des Mangan, who quietly disappeared off the face of the earth nearly twenty years ago. By the end of the month THE SCRYING should be shooting on Sydney’s northern beaches making it the second horror film to be shot in Australia in 3D after BAIT 3D. Naturally, a sequel is on the way there too. Of course, we’re still wondering why no one has picked up and shot the ultimate Australian 3D horror film from Jamie Blanks & David Hannay FLIES? Other films to possibly start up before the year is out are first time feature director Gemma Lee’s BLACKWOOD from Queensland and the seriously interesting and Victorian based monster movie TERRITORIAL. Both are Wolf Creek Pictures Presents. With WOLF CREEK 2 half way through the editing phase things are looking good. Speaking of looking good how could I ignore the second coming of the original EVIL DEAD that commenced a limited theatrical release around Australia last week? How could they mutilate and maim such a stunning beauty as actress Elizabeth Blackmore? With nails and a carving knife is how in FX sequences designed and executed by writer/director/deviant Fede Alvarez & Kiwi Roger Murray and his team at Main Reactor. See it now… 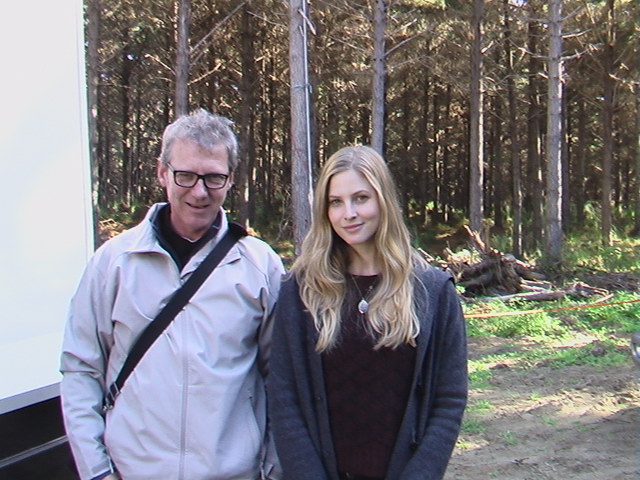