No time to contemplate why or where just enough to quickly grab that last bottle of Mr. Jekyll and run… and by the way, after a few glasses of this magic liquid sideways is how you’ll be seeing everything. A short train and tram ride took me to Docklands Studios where they wouldn’t let me in. The Spierig brothers PREDESTINATION was a closed set but after wrapping Peter Spierig did mention to me that he was prepared to have a chat sometime during post-production when, “We work out what we’ve got”. Also, unlike what I reported in the first Fatal missive, the source for their time travel feature was a short story called ‘All You Zombies’, written by Robert A. Heinlein (THE PUPPET MASTERS, DESTINATION MOON) and not Philip K. Dick, as I stated. It’s almost eerie how the predictions of many classic sci fi writers are resonating even louder with every passing day but of course who doesn’t want the ability to traverse time and space with a keystroke? Personally, I await apocalypse via a computer and dead writer (like Heinlein) Arthur C. Clarke’s truly ominous and (still) frightening short story from the 1950s, ‘The 9 Billion Names Of God’. 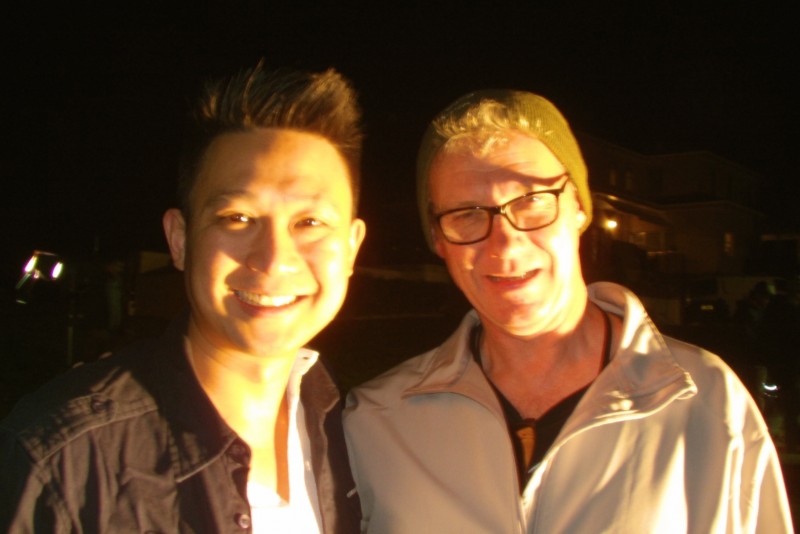 With not much happening in Melbourne I got out of town and up to Sydney to check out the set of THE SCRYING 3D. Now, I consider myself possessing more than a little familiarity with the terminology of occultism but scrying is something that had passed me by. While I actually prefer the meaning that sits way down the Google list connecting it to foot fetishism, scrying is actually about making contact with the supernatural through objects with reflective surfaces like mirrors and crystal balls. Shooting out in the northern beachside suburb of Ingleside THE SCRYING 3D turned out to be an exceptionally ambitious effort from a bunch of massively enthusiastic but first time feature filmmakers hailing from across the planet. There were many reasons to be impressed here but one was definitely their use of 3D. Just a couple of years ago on the set of BAIT 3D, the film that earned the title of the first horror film to be shot in 3D in Australia, media junketeers were entertained with an assemblage of 3D footage that the producers could show us in the Movieworld Theatrette but on THE SCRYING 3D you could actually sit and watch it in 3D on a large monitor as it was being filmed! I don’t know whether this says more about the speed of developing technology than anything else but one thing that was strangely and infinitely interesting was that the 3D process truly enhanced the real life that the twin cameras were capturing — actively improving reality!
Before joining the cows from across the road just sitting around watching the action producer Brian Lau answered a few questions about THE SCRYING 3D:

Michael Helms: What are the influences on THE SCRYING 3D?
Brian Lau: Well besides nearly everyone in front of the camera and behind it having interests in the occult it would be most recently the films of James Wan including INSIDIOUS & THE CONJURING.
MH: What can we expect from THE SCRYING 3D?
BL: We are aiming to make it as scary as possible. Even though we have the under 25s and the YouTube generation in our sights, people that would’ve enjoyed THE HUNGER GAMES, there is light relief and John (Le, the writer/director) has taken care to write some very strong characters. So expect a really strong story and something scary enough to make the audience shit themselves. 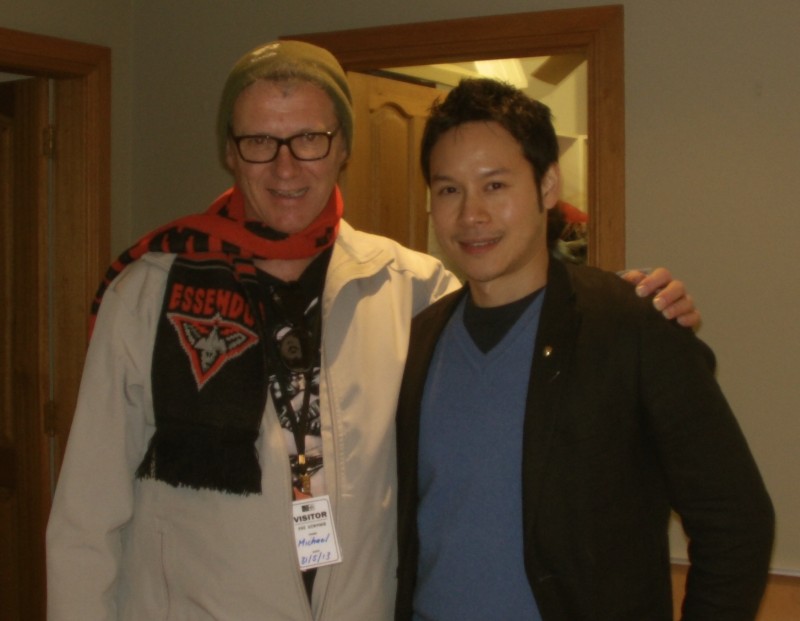 Meanwhile Ozploitation veteran Brian Trenchard-Smith has been back working in Australia shooting the actioner HARD DRIVE the second film he’s made in Queensland in as many years. Starring Thomas Jane (a genre stalwart like his director) and John (HIGH FIDELITY) Cusack HARD DRIVE commenced filming the same week the personal hard drive of BTS ticked over another year. Still in Queensland but in July filming has been announced for BULLETS OF THE DEAD a zombie western, which is just one from a slate of genre flicks to be turned out by Cathy Overett one of the Brisbane-based producers of IRON SKY and her company Cathartic Pictures, producing in collaboration with a British company. Further down the line another of their related companies has also began to herald the development of the bigger, badder and violent PIG HUNT for filming next year. This sudden outbreak of outback violence will of course be spearheaded by the return of Mick Taylor later in the year in WOLF CREEK 2. In Melbourne in July no-budget master Glenn Triggs (CINEMAPHOBIA, 41) will be shooting APOCALYPTIC that pits a local news crew up against a doomsday cult. Another flick currently scheduled to shoot before the end of the year is writer/director Storm Ashwood’s THE SCHOOL that combines J-horror, parenting & fear into one highly disturbing package. 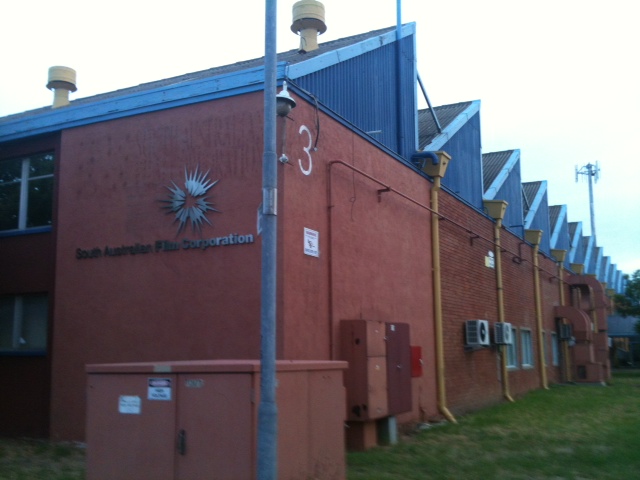