WOLF CREEK 2 is indeed coming, from the same team behind the original film with Greg Mclean back at the helm.

The film sees its Australia release February 20th of next year, however it will premiere before that.

It has been announced that WOLF CREEK 2 will have it’s World Premiere at the fabulous Venice Film Festival (Aug 28-Sept 7). The film will screen as part of the Midnight Program, and this is a pretty big deal as it isn’t often the Festival screens sequels, especially in the horror genre. 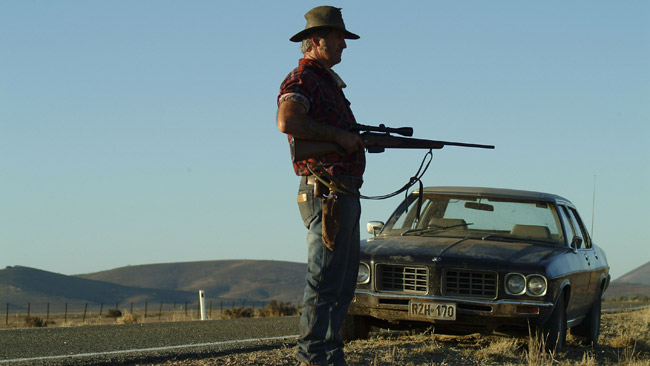 Star Jeff Jarratt who plays the serial killer Mick Taylor stated “It’s very rare for a film festival to accept a sequel, unless it’s exceptionally high quality. This is a wonderful endorsement of our great film.”

It is pretty damn cool that an Australia horror sequel is premiering at such a prestigious festival, we are hoping that audiences love the film and we’ll be waiting eagerly for the Australian release.

We’d like to extend our congrats to Greg and the team, and welcome back Mick Taylor you sick bastard!