The Monsters Eye, the expendables 3

Filming begins on THE EXPENDABLES 3 – plot and full cast revealed!

Lately we have been bringing you all the important updates for THE EXPENDABLES 3 and today the biggest update of them all has been released.

Lionsgate and Millennium have have released a press release stating that principle photography has begun! The press release also reveals the full cast list AND the official synopsis, it confirms that YES Mel Gibson will in fact be the villain this time around. 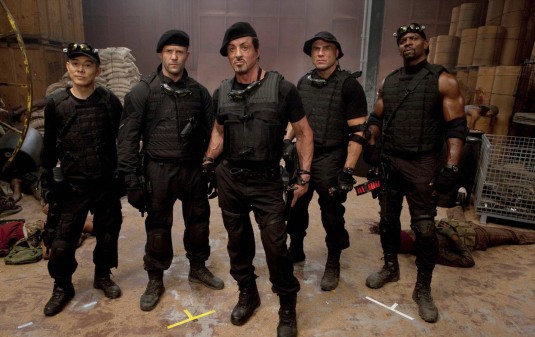 I know at least one of us in the Monster offices is excited for this, so check out the release and get excited too!

Lionsgate and Millennium Films will begin principal photography today on THE EXPENDABLES 3, the third installment of THE EXPENDABLES action-thriller franchise, with production shooting on location in Bulgaria and at Nu Boyana Studios in Sofia.

In THE EXPENDABLES 3, Barney (Stallone), Christmas (Statham) and the rest of the team comes face-to-face with Conrad Stonebanks (Gibson), who years ago co-founded The Expendables with Barney. Stonebanks subsequently became a ruthless arms trader and someone who Barney was forced to kill… or so he thought. Stonebanks, who eluded death once before, now is making it his mission to end The Expendables — but Barney has other plans. Barney decides that he has to fight old blood with new blood, and brings in a new era of Expendables team members, recruiting individuals who are younger, faster and more tech-savvy. The latest mission becomes a clash of classic old-school style versus high-tech expertise in the Expendables’ most personal battle yet.

The production will be overseen by Lionsgate’s Jason Constantine and Eda Kowan.

The first two installments of THE EXPENDABLES have grossed nearly $600 million in combined global box office.