Take a peak at the international trailer for INSIDIOUS: CHAPTER 2

2013 is the year of James Wan, with THE CONJURING a big hit (at least abroad) and INSIDIOUS: CHAPTER 2 coming – the man is doing pretty well. Hell he’s helming the next FAST AND FURIOUS film and he’s said it is going to be a gritty 70’s style revenge film.

The guy has come a long way since SAW debuted and since he’s one of us (An Aussie who loves horror), we are certainly supporting him. So speaking of INSIDIOUS: CHAPTER 2, have you seen the new international trailer? No you haven’t? Well folks we have it right here for you to check out, and damn looks pretty fucking cool. 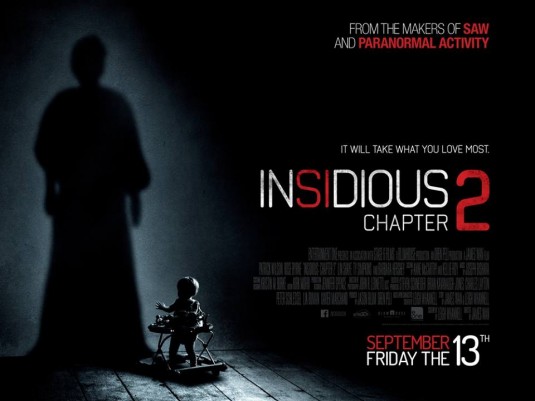 It is bringing back the original cast including Rose Byrne and Patrick Wilson, along with Leigh Whannell back in the writers position. Will this film be as good as the first? Will the third act piss off 50% of the audience? We will just have to wait and see, but we’re fucking excited either way.

Synopsis: The haunted Lambert family seeks to uncover the mysterious childhood secret that has left them dangerously connected to the spirit world.

Currently there is no Australian release date, we are hoping they announce one and it is theatrical because we need horror on the big screen.