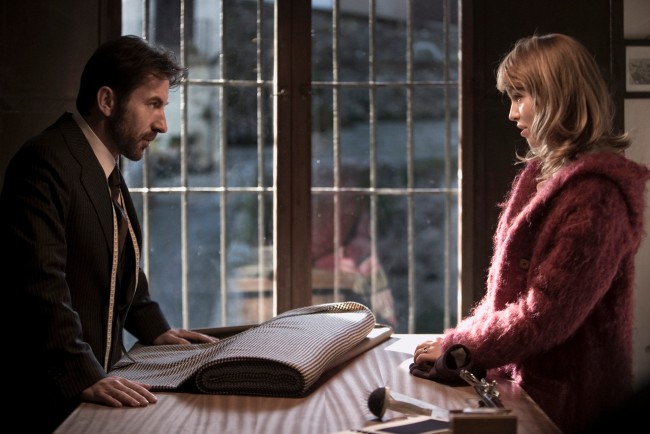 Details are limited but the story seems to be about a tailor who moonlights as a killer. He meets up with a woman and their sexual passions are awakened and perhaps their passion for consuming flesh. Sounds like ASSAULT! JACK THE RIPPER with a cannibal angle.

Synopsis: Carlos is the most prestigious tailor in Granada, but he’s also a murderer in the shadows. He feels no remorse, no guilt, until Nina appears in his life. She will make him realize the true nature of his acts and, for the first time, love awakens. Carlos is evil incarnate, unaware of itself. Nina is pure innocence. And Cannibal is a demon’s love story.

This film is apparently very good and has been picked up as an official entry in the Toronto International Film Festival.

Check out the trailer and the poster artwork, be aware one of the posters is very NSFW 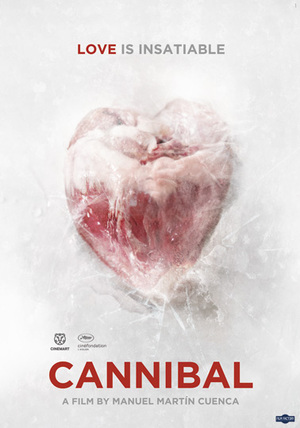 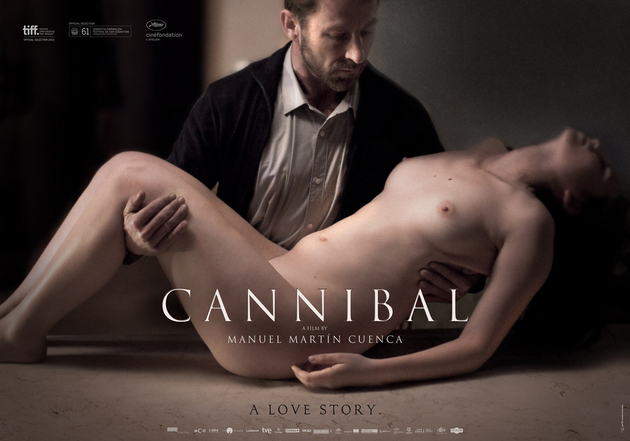 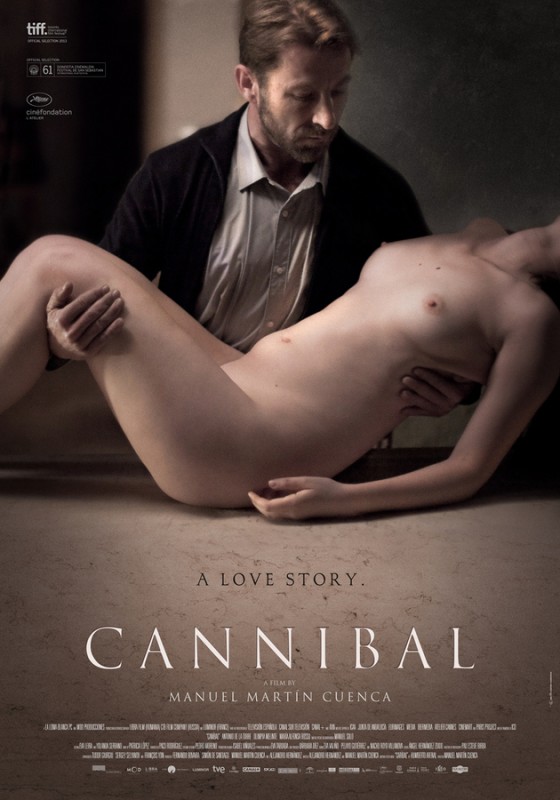