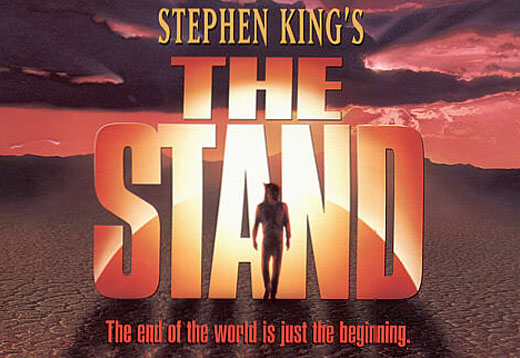 I don’t mind that, THE STAND has a lot of potential, it is a very interesting piece from Stephen King. If you are a fan of the mini series, and you should be because it’s pretty entertaining, are you interested in a new take? I think it could use a fresh take, but we shall wait and see.

David Kajganich is going to write the script, his previous credits include BLOOD CREEK, a Joel Schumacher film.

We’ll bring you more as we have it ….