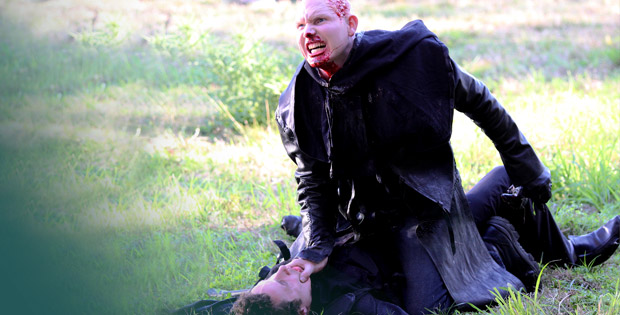 So go and get yourself set up and get tickets, bring your friends!

SYNOPSIS: With more expletives than an entire season of Deadwood (and that’s just in the first 10 minutes), this ultra violent, ultra grimy example of modern day Ozploitation will have you cheering at the abundance of blood, guts, drugs and violence splattered all over the big screen – right where it belongs!

In a small Australian town, local psychic Glen Parsons (Martin Cunningham) is viciously attacked and his pregnant wife is murdered. Recovering from his wounds, his blood boiling with vengeful rage, Glen embarks on a frenzied killing spree, using his psychic abilities to cut his way through a sea of pimps, drug lords and hitmen, as he tracks down the man he holds ultimately responsible for the destruction of his family – corrupt cop Lance Steele!