DreadCentral posted up this synopsis: Tusk, written and directed by Smith and born out of one of his immensely popular SModcasts, stars Justin Long, Haley Joel Osment, Genesis Rodriguez and Michael Parks. In the horror film Long plays a journalist who finds the story of a lifetime in Mr. Howe (Parks), a worldwide adventurer with amazing tales and a curious penchant for walruses.

Colour me interested! The first official trailer will debut in two weeks at San Diego Comic Con, and will no doubt hit the interwebs shortly there after.

For now, scope out the artwork! 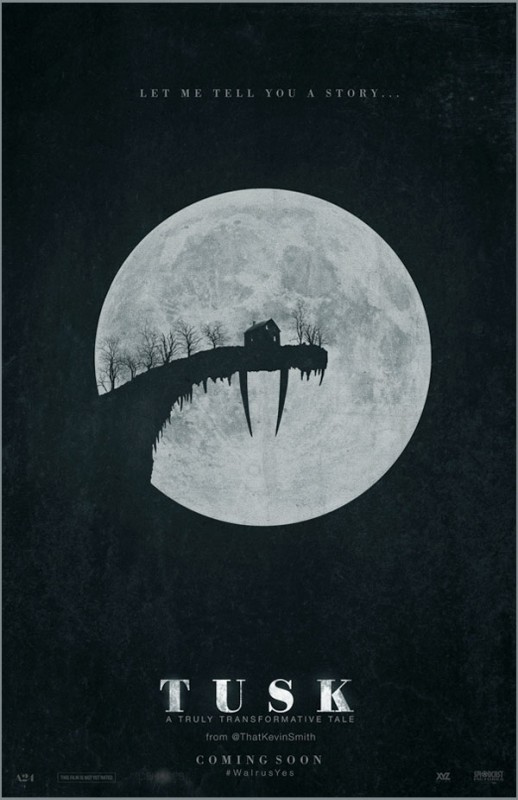