WIN 1 of 10 Double Passes to THE CROW Q&A Screening with James O’Barr!

Ausgeek in association with Swinburne University will host a special event screening of THE CROW this Saturday October 1st with an introduction by creator James O’Barr, followed by an in-depth Q&A.

Before SIN CITY and THE DARK KNIGHT rose, there was THE CROW – the “dark, lurid revenge fantasy” (The New York Times) from director Alex Proyas (DARK CITY) that entranced audiences and critics alike. Featuring Brandon Lee in his final, tragic performance, THE CROW is the tale of young musician Eric Draven (Lee) who, along with his fiancée, is murdered on the eve of their Halloween wedding. Exactly one […]

GRIM PICKINGS this week includes key dates to dismember with the theatrical release of what’s being touted as Tim Burton’s best in twenty years to the home entertainment arrival of the year’s most successful horror film at the Australian & New Zealand box office.

Thursday September 29th
MISS PEREGRINE’S HOME FOR PECULIAR CHILDREN
From visionary director Tim Burton, and based upon the best-selling novel, comes an unforgettable motion picture experience. When Jake discovers clues to a mystery that spans alternate realities and times, he uncovers a secret refuge known as Miss Peregrine’s Home for Peculiar Children. As he […]

Madman Films have just revealed an Australian theatrical release date of October 20th for Nicholas Winding Refn’s THE NEON DEMON along with fresh poster art and a localised trailer. When aspiring model Jesse moves to Los Angeles, her youth and vitality are devoured by a group of beauty-obsessed women who will use any means necessary to get what she has. THE NEON DEMON stars Elle Fanning (SUPER 8), Jena Malone (DONNIE DARKO), Abbey Lee (MAD MAX: FURY ROAD) along with Keanu Reeves & Christina Hendricks. 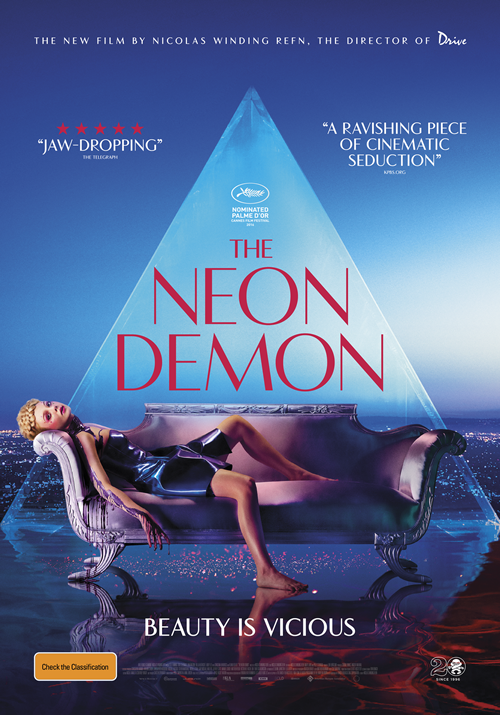 As we revel in the home entertainment release of the multi-award-winning CAT SICK BLUES, we caught up with the menacing puppeteer behind the film, co-writer/director Dave Jackson to grab his Top 5 Cat Films.

CAT SICK BLUES is the first volume in the all-new FATAL VISIONS series and is now available on DVD at all good retailers across Australia and exclusively on MOD Blu-ray at the Monster Shop. 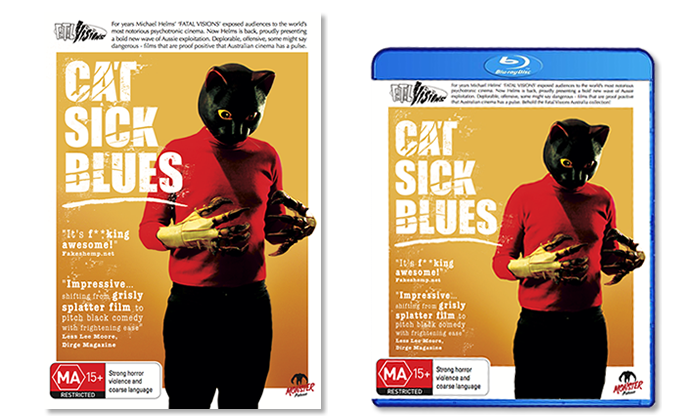 GRIM PICKINGS this week includes key dates to dismember with festival and event screenings across the country to the home entertainment arrival of a killer who only needs nine lives.

Investigative Reporter Chase Carter returns to the zombie-infested Quarantined Zone of East Mission City in an attempt to expose a secret Government conspiracy which, though seemingly aimed at ending the country’s zombie epidemic, will also kill millions of innocent civilians. Based on the global hit video game franchise, and with Jesse Metcalfe and Dennis Haysbert reprising their roles, […]

Roadshow Films have just unleashed the first teaser trailer for ANNABELLE 2, a sequel to the 2014 spin-off of THE CONJURING. Helmed by David F. Sandberg, fresh off his debut feature LIGHTS OUT, the one minute teaser already looks more exciting than the ninety odd minutes of its predecessor so there’s still hope for this one yet. Taking place several years after the tragic death of their little girl, a dollmaker and his wife welcome a nun and several girls from a shuttered orphanage into their home, soon becoming the target of the dollmaker’s possessed creation, Annabelle.

Local film critics, podcasters and general nerdy cinematic ramblers, FakeShemp.Net are presenting what they’ve dubbed a ‘Splat n’ Slash’ double-feature tonight at The Backlot Studios, as part of this year’s Melbourne Underground Film Festival (MUFF). You catch the director’s cut of modern maestro of gore, Marcus Koch’s 100 TEARS along with the cult 1990 Aussie slasher BLOODMOON, together on the very same bill. The screening will also feature a video introduction by Koch prior to 100 TEARS and the infamous theatrical “Fright Break” has been restored to BLOODMOON…what a time to be alive and living in Melbourne.

ROOM FULL OF SPOONS is the debut documentary feature by Rick Harper that examines the production history, reception and enduring legacy of Tommy Wiseau’s disasterpiece, THE ROOM. Very few films have a raging cultdom that permits them to screen on such a regular basis as THE ROOM, from Sydney to Copenhagen, the film plays monthly to packed audiences, thirteen years on since its release. How and why the films works is a challenge to describe but its best experienced with a group of people as once you’ve seen it, you won’t stop talking about it and for some it becomes […]

GRIM PICKINGS this week includes key dates to dismember with the theatrical release of what has fast become the most anticipated horror film of 2016 to the home entertainment release of some quality DTV fodder.

Thursday September 15th
BLAIR WITCH
After a misfire in the franchise with 2000’s BOOK OF SHADOWS: BLAIR WITCH 2 and coming seventeen years after the original, BLAIR WITCH is being touted as the sequel fans have been dying for and from Thursday you’ll be able to decide for yourself. It’s been 20 years since James’s sister and her two friends vanished into the […]