Posted by Monster Pictures on December 27, 2014 | Leave a Comment

On a wet and windy night, a team of intrepid, brave souls from Monster Pictures ventured into the depths of Melbourne’s most feared and revered Cabaret Restaurant – Dracula’s, to witness the spectacle that is “Retro Vampt”.

All patrons are met outside by a number of lively & enthusiastic Drac’s staff & then ushered into the belly of the beast itself. What struck us immediately was how well done the production design and layout of Drac’s is. The attention to detail is superb and everywhere you look there are curios and horror mementos, make sure you take you time to […]

Posted by Monster Pictures on December 3, 2014 | Leave a Comment

WINNERS ROUND UP FOR 2014! Monster Pictures wishes all the entrants and winners a huge congratulations and thanks for being part of Monster Fest 2014. Want to win one of the mean green trophies? Get started on your films for next year!

WINNER: Under a Kaleidoscope

Posted by Monster Pictures on November 19, 2014 | Leave a Comment

Due to unforeseen circumstances, THE GREEN INFERNO has been removed from the Monster Fest 2014 schedule. Instead, the festival will bring local audiences US horror-comedy, ZOMBEAVERS. Ticketholders for THE GREEN INFERNO will be contacted by Cinema Nova staff and offered a refund, as well as a bonus ticket to another Monster Fest session of their choice (excluding opening and closing night events).

ZOMBEAVERS is an action packed and hilarious film about three college girls who go on a carefree vacation filled with drinking games and sexual exploration. Their frolicking fun comes to an abrupt end when they’re attacked by toxic-zombie-beavers.[…]

Australia’s very first micro-budget, “Ozploitation” feature film challenge! If you think you and your team have what it takes to deliver a quality micro-budget exploitation feature flick? WE WANT TO HEAR FROM YOU!

So tell me about MonsterBox.tv?

Posted by Monster Pictures on August 2, 2013 | Leave a Comment

Monster Pictures has got the very thing.

Presenting MonsterBox.tv – the world’s first horror and cult specific video on demand service. John Noonan spoke to Monster’s Neil Foley to get the lowdown on the goodies they’ve got in store and how your help is needed to get the whole thing up and running.

Here’s the reason for the MANIAC ban – read the full report here!

Howdy my fellow fiends – it seems there’s a lot of talk going on about the NZ banning of MANIAC. Well here’s your chance to have a read of the exact reasons behind the banning of the film.

If you feel aggrieved by the decision of the NZ OFLC  then feel free to write them a letter explaining why – it’ll amaze them that horror fans are smart enough to put pen to paper!

This time it’s happened not in Australia but in New Zealand.

Why? Well that’s a good question – it seems that the NZ Office of Film and Literature Classification have taken particular offense at the use of the serial killer Frank’s( Elijah Wood) POV in the film.

According to the OFLC, the use of POV puts the viewer in the position of the killer hence making the film a potential danger to those who happen to stumble upon it. 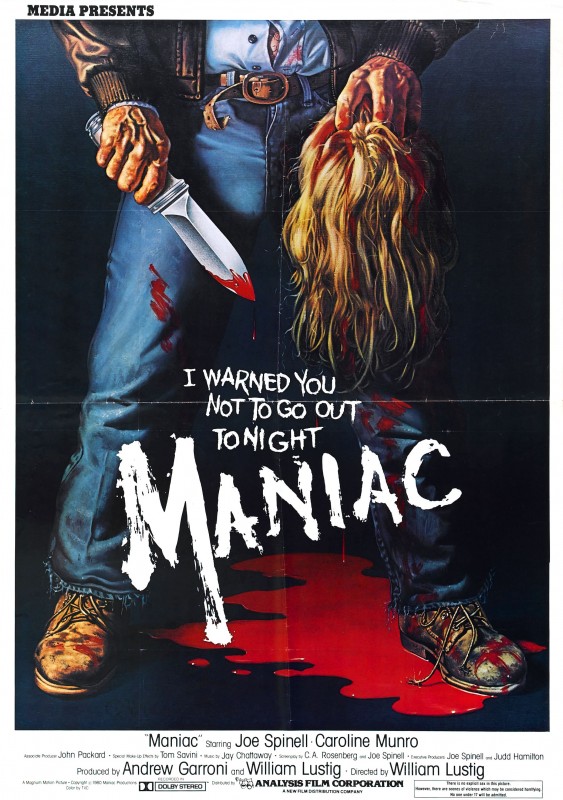 MANIAC is a remake of William Lustig’s 1980 grindhouse classic.

Cutting has never felt so good – Matt Kennedy on the new ‘Astron 6’ giallo, THE EDITOR!

Neil Foley from Monster Pictures climbed into a tiny cube at 8.30 in the morning to probe Matt Kennedy about THE EDITOR, Indiegogo, FATHER’S DAY and all things Astron 6.

Astron 6 have emerged in recent years as THE most exciting voice in how-low-can-you-go filmmaking on the planet. What […]

VOD arrives at Monster Pictures AND WE NEED YOUR HELP!

Hey Ho Monsterfiends! Today marks a historic day here at the Monster HQ, it is the day we announce the birth of the newest addition to the Monster family – MONSTERBOX.TV our dedicated VOD platform!

What is VOD you ask? VOD is Video on Demand and MONSTERBOX.TV is the WORLDS FIRST HORROR AND CULT SPECIFIC VOD PLATFORM and from this day forth IT IS AVAILABLE ON THIS SITE! 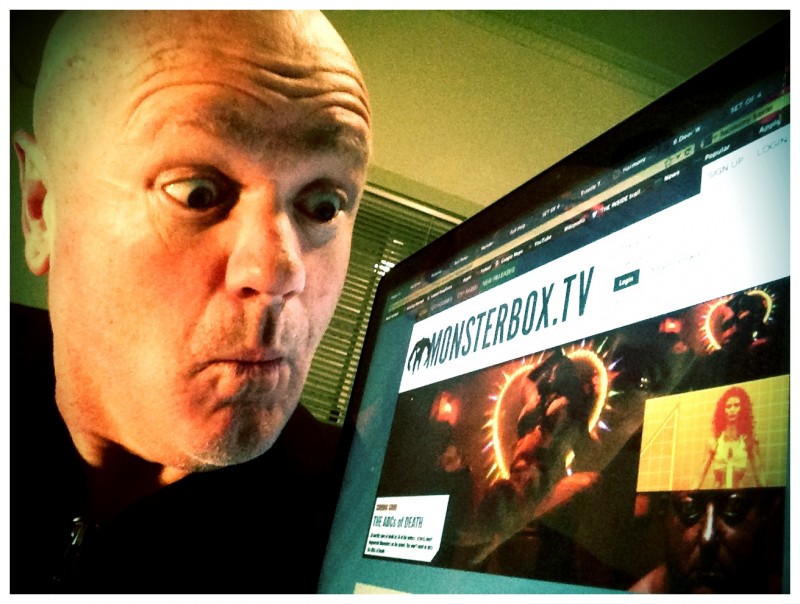 This strange fellow loves his MONSTERBOX.TV so much he had to have his name included on a Government registry and now has to sign in at his local Police station twice a

Hey there Monsterflock, it’s that time of year again where we are making plans for the Monster Fest cinema promo, and OH WHAT A PROMO IT’S GONNA BE!!

This year the director’s chair will be occupied by none other than EL MONSTRO DEL MAR director Stu Simpson and it’s shaping up to be something pretty darn special!