So we know there is a new GODZILLA film coming out next year, with Gareth Edwards directing.

We showed you a pretty cool teaser poster not so long ago, and another picture has shown up showing Godzilla’s face!

The picture was spotted at a licensing expo in Sao Paolo, and yep this is definitely worth checking out, especially if you are a fan of the genre and are interested in this latest project.

Check it out below, and let the speculation begin … 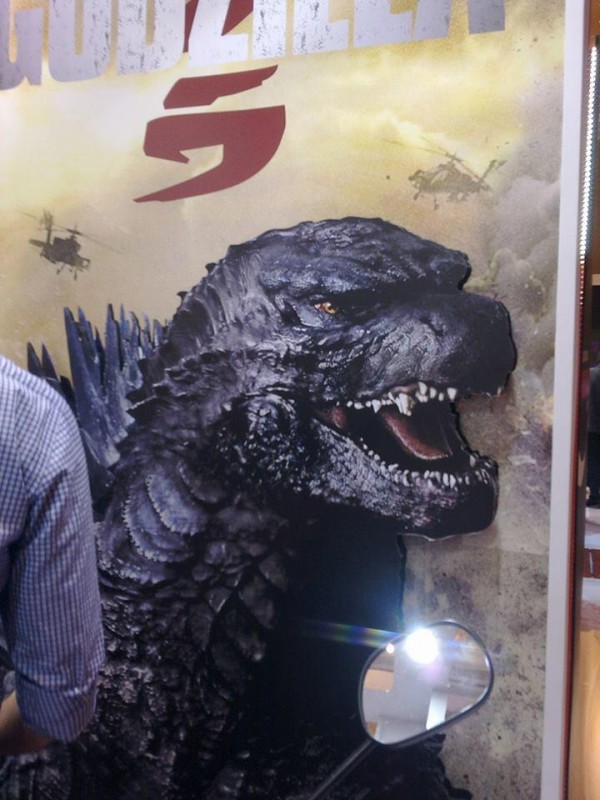 Wait what’s this? A promo for GODZILLA?!

Hey Monster fans, no that headline is not a lie, a new GODZILLA promo has been spotted!

So what exactly is it? Well 2014 will see a new GODZILLA film, from Legendary and the film already has a cast! This thing is being promoted already, with San Diego Comic Con happening now, time is not being wasted. The cast that we know of will consist of Bryan Cranston, Aaron Johnson and Elizabeth Olsen, not too shabby so far. Oh and did we mention the director on board is Gareth Edwards, with a screenplay by Frank Darabont (that’s what IMDb tells […]

By visiting this blog, I figure it means you have an interest in Japanese cinema. I don’t mean old school Kurosawa / Ozu (which I respect and love) or the modern dramatic stuff populated by “idols” (which I loath and enjoy hating on when the opportunity arises), but the so-called extreme cinema that features buckets of blood, rushed-to-completion CG effects, and a generous amount of cute girls. However, before getting to the good stuff, I’d like to make my first entry at Monster Blogs an introductory piece. I’ll try to stay on point because, if you’re like me, you probably […]