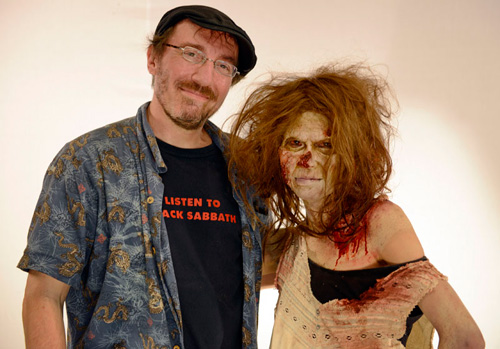 Poking around the Monster Pictures website I see they’ve recently released “The ABCs of Death” onto DVD and Blu-ray. For those of you who have been locked away for the past year and don’t know what this is, “ABCs” is home to twenty-six horrific short films, one for each letter of the English alphabet, and made by filmmakers from around the world.  The unifying theme of the shorts being everyone’s favorite subject: death. Three of the twenty-six segments were made in Japan and were directed by Yoshihiro “Tokyo Gore Police” Nishimura, Noboru “Machine Girl” Iguchi, and Yudai “Dead Ball” Yamaguchi.[…]

By visiting this blog, I figure it means you have an interest in Japanese cinema. I don’t mean old school Kurosawa / Ozu (which I respect and love) or the modern dramatic stuff populated by “idols” (which I loath and enjoy hating on when the opportunity arises), but the so-called extreme cinema that features buckets of blood, rushed-to-completion CG effects, and a generous amount of cute girls. However, before getting to the good stuff, I’d like to make my first entry at Monster Blogs an introductory piece. I’ll try to stay on point because, if you’re like me, you probably […]