OLDBOY is preparing your stay in this clip

So I guess for better or worse, there are those of us out there curious to see Spike Lee’s version of OLDBOY. For me I just want to see it out of pure curiosity, I don’t actually believe it will add anything new to the original film or be better than it.

The idea of this getting an American remake still feels very weird, but the film is coming and it wont be too long until we get to see it and judge for ourselves how we feel.

If anyone is curious a new clip has surfaced, simply titled Preparing […]

You’ve seen the first poster for Spike Lee’s OLDBOY remake (here), and now check out the trailer! This is the no-holds-barred, balls n’ all, red band trailer – feast your nastly little eyes!

Fans of the original OLDBOY will see a few distinct similarities and for those who haven’t seen the original (what’s wrong with you?) a whole world of discovery awaits!

So what’s the verdict Monsterphiles… you excited? The OLDBOY remake stars Josh Brolin, Elizabeth Olsen, Samuel L Jackson and Sharlto Copley which is a pretty reasonable cast, as it needed to be considering how uniformly fucking […]

Curse Of Chucky gets a trailer, Oldboy remake gets a poster

Hey Monsterphiles, did you know there is a brand new Chucky film coming out later this year? Yes we do mean a sequel of sorts to the CHILD’S PLAY series.

Don Mancini who has written ALL of the CHILD’S PLAY films and directed SEED OF CHUCKY is back here as the writer/director. Most importantly though Bran Dourif is back to voice Chucky – surely no Dourif no Chucky! 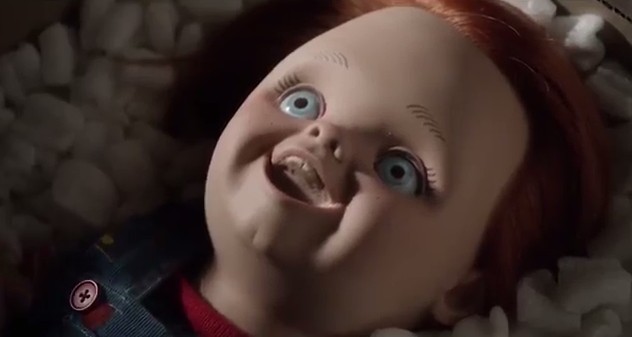 So with that said, the film is hitting DVD/Blu-ray/VOD in the US this October, no theatrical release for this baby. A trailer has hit, and we get a glimpse of what this […]