The awesome OZ Horror Con peeps have something awesome in store for Melbourne! What is it you ask? Well read on you crazy fiends …

OZ Horror Con are hosting a double bill screening of two fantastic horror films, THE TUNNEL and THE DESCENT! Now that is a hell of a double bill, found footage and Neil Marshall fans you wont want to miss this one.

As an added bonus there will be a Q and A session with Leslie Simpson who played one of the crawlers in THE DESCENT. AND if that wasn’t enough co-writer/co-producer/co-editor of THE TUNNEL, Enzo […]

So this piece of news is coming out the Fantasia Frontieres Film Market Selections, with a new Dario Argento film in the works called THE SANDMAN.

What adds to this piece though is that non other than Iggy Pop has been cast for this! Yes Iggy Pop, that is an exciting prospect! 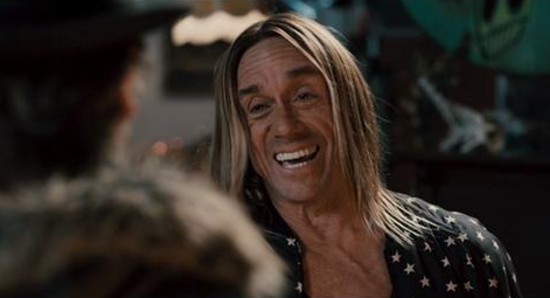 The film will be based on a script by David Tully, and it will be aiming to get some funding later this year when it gets presented at the Frontières International Co-Production Market, at Fantasia.

We will certainly be watching this one closely.

HELLBOY blasts into Melbourne, here’s your chance to meet HELLBOY himself, Ron Perlman!

After seeing huge success last year, Oz Comic Con is hitting Melbourne once again and they have something big in store for us all. Ron Perlman is going to be a guest, yes folks THAT Ron Perlman from the likes of HELLBOY, SONS OF ANARCHY, BLADE 2, ALIEN: RESURRECTION, CRONIS and the upcoming PACIFIC RIM (re-teaming with Guillermo del Toro).

So if you want to have the chance to meet this legend, Oz Comic Con have opportunities for autographs and professional photos with the actor. Take them up on this opportunity and brag to your friends you rubbed shoulders with […]

July 2013, a month of big screen depravity… Get out to a cinema and live it large!

We constantly hear people lamenting that there’s nothing on the big screen other than multi-squillion dollar blockbusters – Well we’re sorry but it just aint’ so Monsterfreaks! Check out this line-up, there’s loads going on – you just need to know where to look.

Keep your eye on The Monster’s Eye and and we’ll point you in the right direction.

Here’s July’s list – get busy fiends, and remember who told ya and who loves ya! 🙂