A Headful Of Bad Noise

A Headful of Bad Noise – Getting To Know You..

So here we are, me and you. Staring awkwardly at each other..I guess one of us should say something..

For starters this is my first blog, and to be completely honest with you, I was always under the assumption that these things were written by incredibly morose, pseudo alternative teenage girls, holed up in a basement somewhere adorned with Insane Clown Posse posters where they bitched and moaned about how nobody understands their feelings, incessantly posting cute cat pictures for your viewing pleasure when the meds had kicked in. So when the good folks at Monster Pictures Australia asked if I would like to contribute a blog for the website, my first reaction was “But I don’t like Insane Clown Posse, I don’t hate my parents and I look fucking terrible in an ill fitting corset!”

But here I am, Sans cat pictures (sorry)

So who the hell am I? well allow me to introduce myself – I’m Daniel Palisa, Brisbane based Writer, SFX and prosthetics artist, film concept artist and former film festival late-night programmer specializing in obscure, cult and genre film, I worked with the Brisbane International Film Festival for nine years until 2009 and have worked on numerous low budget shorts and features both in Australia and abroad.

I am also co-founder of Brisbane-based production company Death Rides A Red Horse with Andrew Leavold; co-producing Leavold’s upcoming feature documentary ‘The Search For Weng Weng’, a gonzo journey deep into the heart of Philippine Cinema in search of the midget James Bond.
Which incidentally we are running a Kickstarter campaign on here (shameless plug incoming!) –> http://www.kickstarter.com/projects/210613803/the-search-for-weng-weng-1

So A Headful of Bad Noise – what is it and what can you expect? Well initially I’m hoping I can introduce you all to a strange hybrid blog about music, left of centre films, old TV shows and the world at large. I have a couple of things I will be posting shortly, once we get all the getting to know you business out of the way. To give you an idea of the kind of stuff I’ll be posting, there is a piece on Japanese Cyberpunk films, specifically focusing on Sogo Ishii and late 70’s Japanese punk bands that were involved in this vibrant, DIY underground film scene – these films and their complete balls out attitude spawned pretty much all of the over the top, insane Japanese genre flicks you get today. I am also putting the finishing touches on a piece about Music films that define life on tour, films discussed include everything from Frank Zappa to The Leningrad Cowboys and Nick Cave.

So, there you have it, a brief introduction of what is gonna happen from here on out. As I said I’m still finding my feet as far as this blog is concerned, so bear with me. Thanks for stopping by, and please, feel free to intervene if I start posting bad teenage poetry and talking about Faygo. 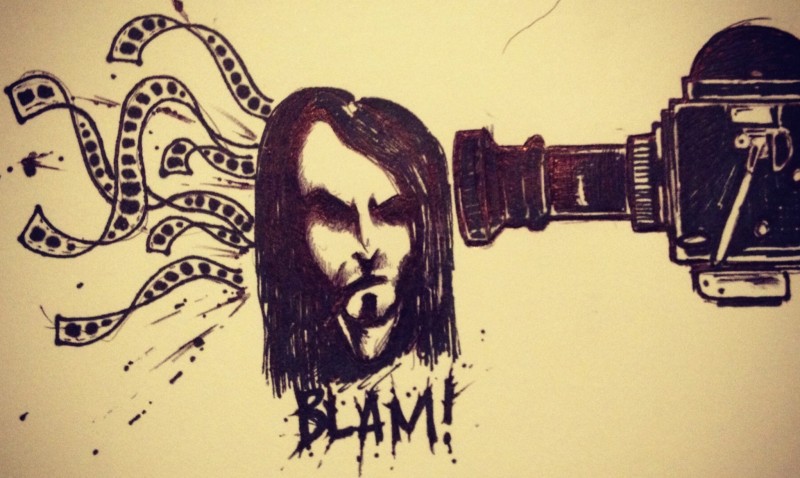