Can you believe July is at an end already? We are ready to move into August, and it is a month with quite a few releases that might be of interest to you the Monster audience.

So what can we expect for August? Well take a gander below folks! 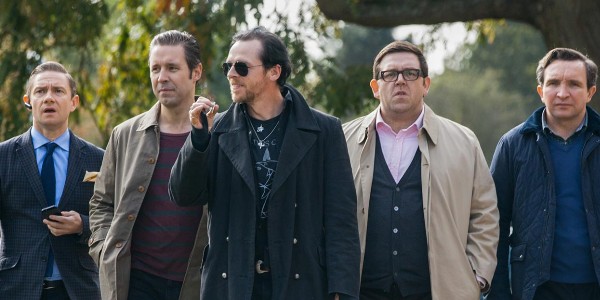 20 years after attempting an epic pub crawl, five childhood friends reunite when one of them becomes hell bent on trying the drinking marathon again. They are convinced to stage an encore by mate Gary King, a 40-year old man trapped at the cigarette end of his teens, who drags his reluctant pals to their home town and once again attempts to reach the fabled pub, The World’s End. As they attempt to reconcile the past and present, they realize the real struggle is for the future, not just theirs but humankind’s. Reaching The World’s End is the least of their worries.

Here is the third instalment for the Cornetto Trilogy by Edgar Wright, bringing back Simon Pegg and Nick Frost. This time around however, the roles are reversed with Pegg playing the type of role that Frost usually does. Certainly a must for fans of their previous work, be sure to check this one out.

NOW YOU SEE ME 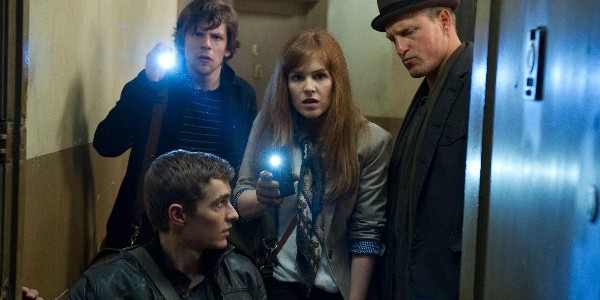 Four magicians each answer a mysterious summons to an obscure address with secrets inside. A year later, they are the Four Horseman, big time stage illusionists who climax their sold out Las Vegas show with a bank apparently robbed for real. This puts agents Dylan Rhodes of the FBI and Alma Vargas of Interpol on the case to find out how they did it. However, this mystery proves difficult to solve even with the insights of the professional illusion exposer, Thaddeus Bradley. What follows is a bizarre investigation where nothing is what it seems with illusions, dark secrets and hidden agendas galore as all involved are reminded of a great truth in this puzzle: the closer you look, the less you see.

Magicians are awesome, and this seems to be popcorn fun with a rather solid cast that includes Jesse Eisenberg, Isla Fisher, Morgan Freeman, Mark Ruffalo, Mélanie Laurent, Woody Harrelson, Dave Franco and Michael Caine. It could go either way, the trailers have been pretty solid. 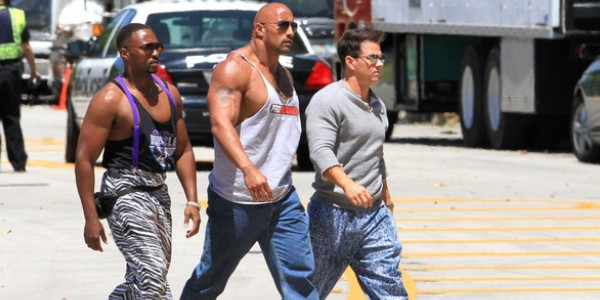 Based on the true story of Daniel Lugo (Mark Wahlberg) a Miami bodybuilder who wants to live the American dream. He would like to have the money that other people have. So he enlists the help of fellow bodybuilder Adrian Doorbal (Anthony Mackie) and ex-convict, Christian bodybuilder Paul Doyle (Dwayne Johnson). Their kidnapping and extortion scheme goes terribly wrong since they have muscles for brains and they’re left to haphazardly try to hold onto the elusive American dream.

A different kind of film from Michael Bay, who knows what this one is going to be like. One would imagine an entire city isn’t going to get destroyed and the explosions might be at a minimal. But hey it stars Dwayne ‘The Rock’ Johnson and that alone is worth the price of admission (unless he’s starring in THE TOOTH FAIRY).

‘Tales From the Dark: Part 1’ sees a veritable roster of Hong Kong actors join forces with some of the most talented filmmakers from the territory to breathe life into the dormant horror genre. Meant as the first instalment of a duology based on acclaimed Chinese writer Lilian Lee’s stories, its star-studded cast includes Simon Yam, Tony Leung, Kelly Chen and Susan Siu, with the likes of Yam (making his directorial debut), Lee Chi-Ngai and Fruit Chan behind the camera.

This is a collection of films, usually these can go either way however with this being 3 hours long with both parts being shown this could turn out to be a wicked good time. 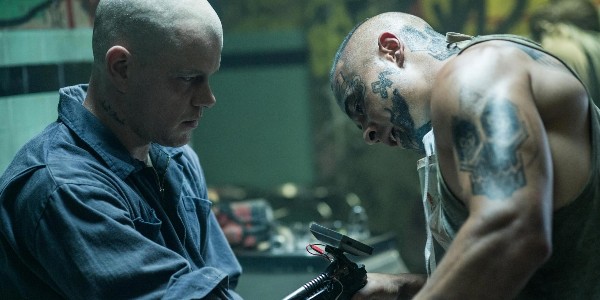 In the year 2154 two classes of people exist: the very wealthy who live on a pristine man-made space station called Elysium, and the rest, who live on an overpopulated, ruined Earth. Secretary Rhodes, a government official, will stop at nothing to enforce anti-immigration laws and preserve the luxurious lifestyle of the citizens of Elysium. That doesn’t stop the people of Earth from trying to get in, by any means they can. When unlucky Max is backed into a corner, he agrees to take on a daunting mission that if successful will not only save his life, but could bring equality to these polarized worlds.

This is Neill Blomkamp’s follow up film to his debut DISTRICT 9, everyone should want a piece of this. The stakes are higher and he has a cast that includes A-listers Matt Damon and Jodie Foster. This looks to be a damn good time, hopefully the masses will give this a go, support sci-fi cinema. 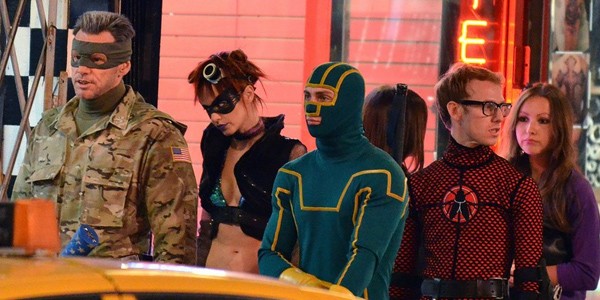 After Kick-Ass’ insane bravery inspires a new wave of self-made masked crusaders, led by the badass Colonel Stars and Stripes, our hero joins them on patrol. When these amateur superheroes are hunted down by Red Mist — reborn as The Mother F%&*^r — only the blade-wielding Hit Girl can prevent their annihilation. When we last saw junior assassin Hit Girl and young vigilante Kick-Ass, they were trying to live as normal teenagers Mindy and Dave. With graduation looming and uncertain what to do, Dave decides to start the world’s first superhero team with Mindy. Unfortunately, when Mindy is busted for sneaking out as Hit Girl, she’s forced to retire-leaving her to navigate the terrifying world of high-school mean girls on her own. With no one left to turn to, Dave joins forces with Justice Forever, run by a born-again ex-mobster named Colonel Stars and Stripes. Just as they start to make a real difference on the streets, the world’s first super villain, The Mother F%&*^r, assembles his own evil league and puts a plan in motion to make Kick-Ass and Hit Girl pay for what they did to his dad. But there’s only one problem with his scheme: If you mess with one member of Justice Forever, you mess with them all.

Fans of the comic and fans of the first film have been waiting for this, if the trailers are anything to go by this could be as good if not better than the first. Even better Jim Carrey has basically disowned the film, so please BRING IT ON.

Yet another sequel, this one is the follow up to RED, another comic adaptation. The first one was a lot of fun, this sequel has been getting very mixed reviews across the board. I guess see it and make up your own mind. 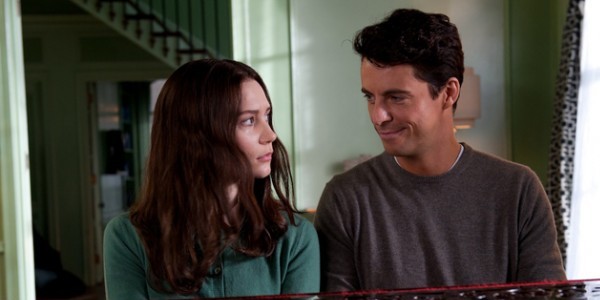 India Stoker (Mia Wasikowska) was not prepared to lose her father and best friend Richard (Dermot Mulroney) in a tragic auto accident. The solitude of her woodsy family estate, the peace of her tranquil town, and the unspoken somberness of her home life are suddenly upended by not only this mysterious accident, but by the sudden arrival of her Uncle Charlie (Matthew Goode), whom she never knew existed. When Charlie moves in with her and her emotionally unstable mother Evie (Nicole Kidman), India thinks the void left by her father’s death is finally being filled by his closest bloodline. Soon after his arrival, India comes to suspect that this mysterious, charming man has ulterior motives. Yet instead of feeling outrage or horror, this friendless young woman becomes increasingly infatuated with him.

This marks the English language debut for acclaimed director Chan-wook Park, and it was written by Wentworth Miller (yes from PRISON BREAK). With a pretty cool cast and a really interesting premise, this is a must see for genre fans. 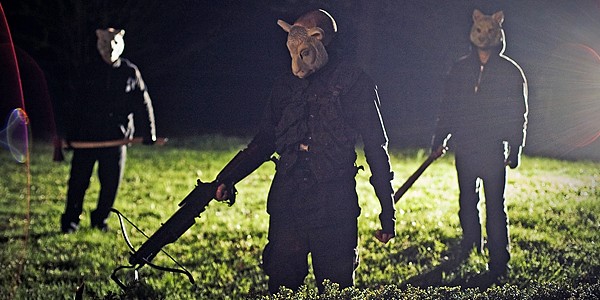 When a gang of masked, ax-wielding murderers descend upon the Davison family reunion, the hapless victims seem trapped… until an unlikely guest of the family proves to be the most talented killer of all.

Horror on the big screen, just go see it and let the masses know we the Australian public want horror in theaters and not always for home media releases.